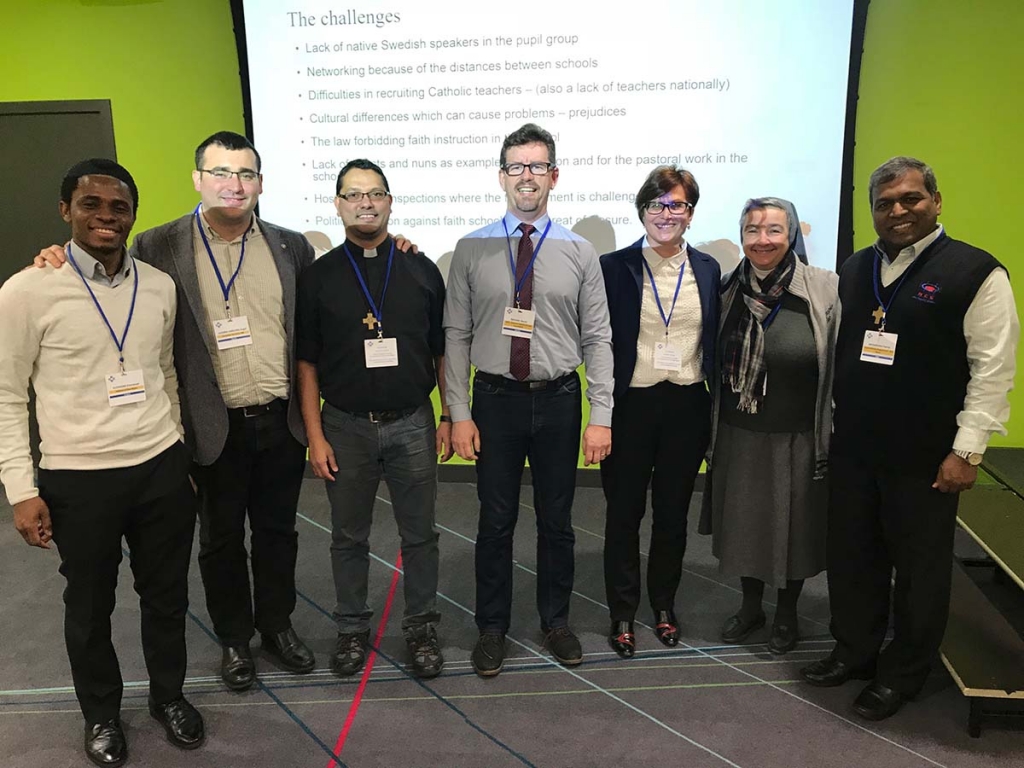 Brussels, Belgium – March 2019 - On 14th and 15th March in Brussels took place a Symposium on the challenges and opportunities that Catholic School is facing in the framework of interreligious and intercultural dialogue. The symposium counted with seven people from the Salesian Family, two representatives from Hungarian Province, a Salesian Cooperator from Slovakia, one Salesian sister and one headmaster of FMA schools in Albania and two members of the Youth Ministry Department, Fr. Patrick Anthonyraj and Angel Gudiña, Executive Secretary of DBI. The symposium counted on a big diversity of lectures and conferences: presentation of high-level research by the Catholic University of Leuven, best practices from several European Countries (Austria, France, Belgium, the Netherlands) or other countries where Catholic school is a small minority (Albania, Bosnia or Sweden), and pastoral experiences of all kinds (such as Msgr. Jean-Marc Aveline, auxiliary bishop of Marseillle) and conclusions by Monsignor Angelo Vincenzo Zani, Secretary of the Congregation for Catholic Education of the Holy See. A high level event with a meaningful Salesian presence of the Salesian Family, which was followed by the General Assembly of the Commission of European Catholic Education on Saturday 16th March.