Nigeria – Nigeria is now my homeland 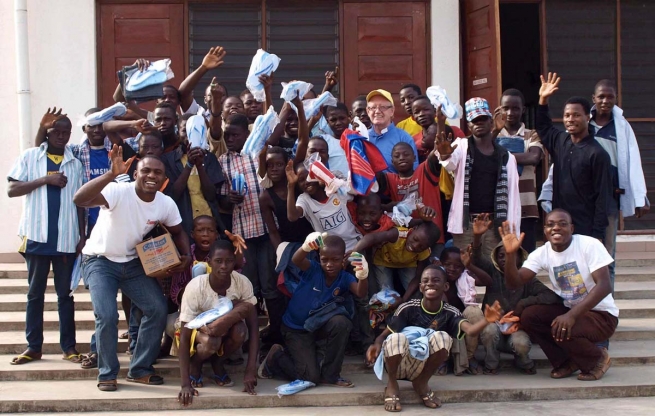 (ANS - Abuja) - The Salesians have been in Nigeria since 1982 and are currently working in eight locations across the country with schools, vocational training centres, parishes and oratories. Fr Vincenzo Marrone, SDB, has been living and working in Nigeria for 34 years.

How did the African dream begin?

In 1980 the congregation had launched Project Africa ​​and Nigeria was entrusted to the Turin Province. In 1982, speaking of the mission to Nigeria with the new Provincial, I instinctively said: "If you need me, you can count on me!" Three months later he invited me to go to Ireland to study English and to get ready to depart.

The first stop was Akure

On 5 November 1982 together with a confrere, Riccardo Castellino, I landed in Lagos, then the capital of Nigeria. On 31 January 1983, the bishop established a new parish which he entrusted to us. Coming from Valdocco, we immediately chose the name: the parish of Mary Help of Christians, which was later to become a Shrine. Over the years several developments sprung up next to the Church – a Youth Centre, laboratories and a technical school, a printing press, and a medical clinic and counselling centre for AIDS patients. Every month about 1,500 people consult the centre.

How did Bosco Boys start?

In 2000 I was in Ibadan, the largest city area-wise in Nigeria. Young people who run away from their homes in the villages tend to come there and end up living on the streets. The young Salesians used to meet them every week and, like Don Bosco, made friends with them. In Ibadan they are now building a small house (20/25 places) for young children who can come there when they are sick. There they will meet people who can help them return to their family to plan the future. Ibadan people call them the "Bosco Boys".

How did you meet with young Muslims?

In 2008 I left for a new destination, Abuja. For years, the Cardinal Archbishop had been requesting the presence of the Salesians in the suburbs. Now he entrusted us with a parish. With his help we were able to buy the land to build technical schools and a youth centre. Abuja is right in the centre of Nigeria. The dream of the Salesians in Nigeria has always been to reach the young people of the North who are mostly Muslim.  Don Bosco loves all young people, regardless of race, tribe or religion.   An opportunity came with a request from the Bishop of Kontagora.  With a ten-hour journey we reached Koko, in the Hausa-Muslim world.

How was your first Mass in Muslim territory?

Before the Mass we visited the Emir, the highest Muslim authority of the place, a man who knows his people and is happy to collaborate with the Church which he respects. The Mass was celebrated in a church not yet finished, but overflowing with people. It was a beautiful function with singing and the people participated joyfully. During the Mass, the bishop entrusted the care of the quasi-parish to the three Salesians. My task at present is to hand over the field to my students.