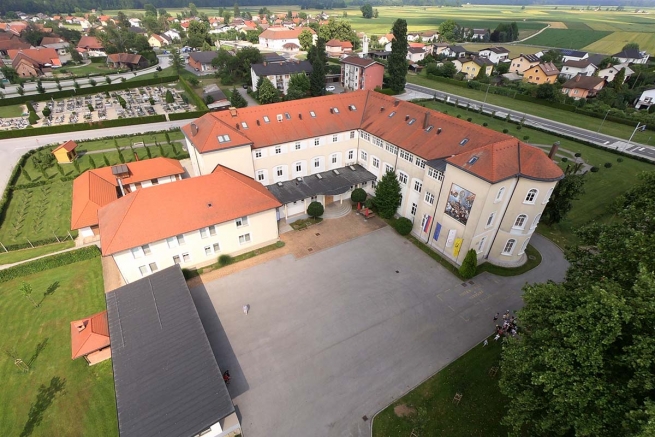 (ANS - Veržej) - The meeting of Salesian Provincials in Central and Northern Europe opens tomorrow, May 7, in Veržej, Slovenia. In addition to the participation of as many as 18 Superiors of the region, the appointment will see numerous other Salesian figures, starting with the Rector Major, Fr Ángel Fernández Artime, and the Regional Councilor, Fr Tadeusz Rozmus.

More than a simple regional meeting of the Provincials of the Salesians of Don Bosco, the appointment will be a broad meeting to reflect together on the future of the Salesian charism in the Old Continent. Representatives of other territorial realities outside the region's borders will also take part, as well as representatives of other groups of the Salesian Family or Salesian entities: the Superior of the Province of the Middle East; the Provincial of the Daughters of Mary Help of Christians from Slovenia and Croatia; the Delegate of the Rector Major for the Salesian Family; the World Director of Don Bosco Volunteers; the World President of Don Bosco's Past Pupils; the Secretary of "Don Bosco International".

Work starts tomorrow afternoon with the presentation of the themes and of the participants by the Regional Councilor, followed by a first moment of open dialogue between participants and the Rector Major on the topic: "Today and Tomorrow in our Congregation's Provinces."

The conversation between the Superior General of the Congregation and the various Provincials of Central and Northern Europe will continue on the morning of Wednesday 8 May; in the afternoon there will be an excursion to Maribor, the birthplace of the Servant of God Fr Andrej Majcen, which will be completed with a celebration of thanksgiving to the Rector Major and a festive cultural evening led by Salesian youth groups in Slovenia.

On Thursday, May 9, several specific topics will be explored: the Salesian presence in European organisms and structures; the animation of the Salesian Family in the region; the formation of the Salesians; the Project "Exallievi MOR 2020". Furthermore, each Province will have the opportunity to present the provincial journey undertaken and to be undertaken towards the General Chapter. The afternoon will be dedicated to learning about the Salesian charism lived and experienced in the host Province and the "Salesian Craft Center", located in Veržej.

Finally, on the last day of work, Friday 10, an evaluation will be carried out on the progress made by the various Provinces in the six-year period 2014-2020, and the conclusions of the meeting will be shared.