Slovenia - Conclusion of school year and celebration of Sacraments 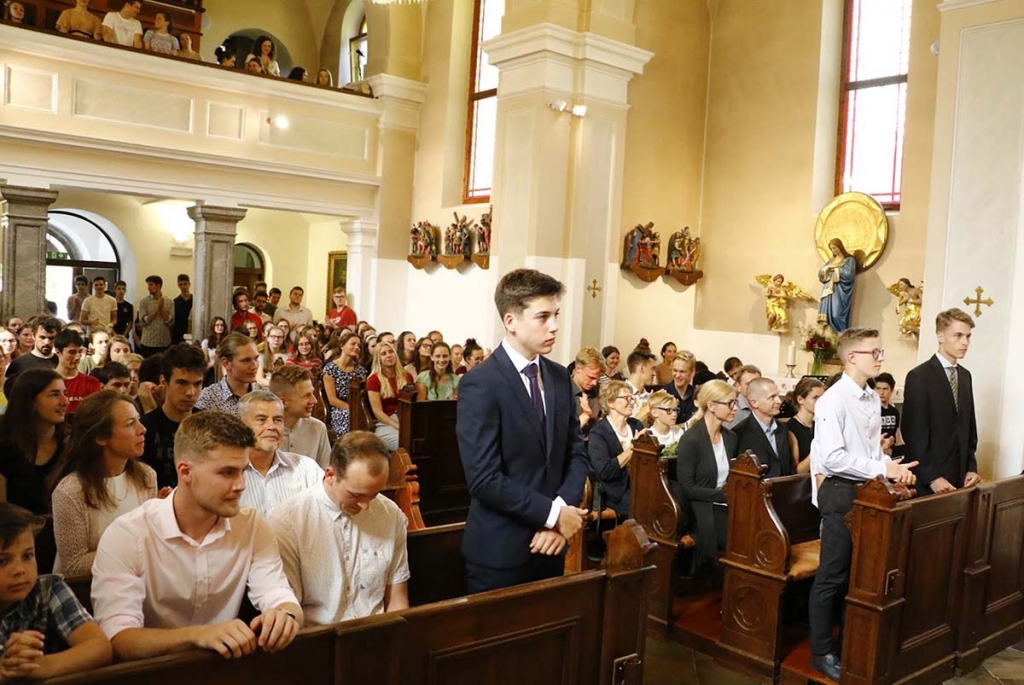 Želimlje, Slovenia - 26 June 2019 - 225 pupils, with the educators and Salesians of the "Don Bosco" boarding school at the "Saint Francis de Sales" Institute in Želimlje, concluded the school year with Mass, the reception of the Sacraments and a fraternal evening. Three young students, Nejc, David and Joshua, who attend the Salesian high school in Želimlje, prepared for this day throughout the year, and during the Mass they received First Communion and Confirmation. One of them, who had been baptized in the Methodist Church, officially became a member of the Catholic Church. The Eucharist was presided over by Fr Peter Končan, Director of the boarding school and Vicar of the Province of Slovenia (SLO). At the end of the Mass there was a party with songs, dances and games.