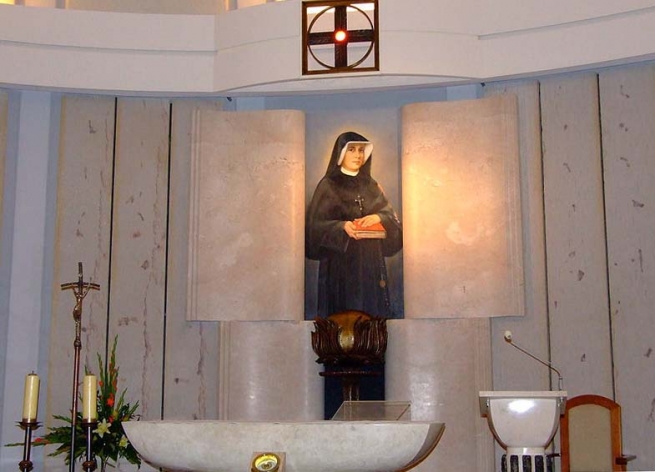 (ANS - Krakow) - The Devotion of Divine Mercy received a major boost with the beatification and canonization of Sister Faustina and thanks to the pilgrimages of John Paul II to the Lagiewniki Shrine in 1997 and 2002. This was followed by the extension and construction of the new Church or Basilica, consecrated by the Polish Pope in 2002. "At the consecration John Paul II expressed a desire that the message of Divine Mercy from Lagiewniki would spread worldwide, and that is exactly what happened,” says Monsignor Jan Zając, who has been custodian of the shrine for many years.

Łagiewniki is visited every year by 1.5-2 million pilgrims from around the world. The Jubilee Year and World Youth Day is a great opportunity for the apostolic mission of the Congregation of the Sisters of Our Lady of Mercy, which is to "bring the message of Divine Mercy through the testimony of life, work and prayer," says Sr Elżbieta Siepak, spokesperson for the congregation.

In view of the large influx predicted it was decided to restore the chapel with the image of the Merciful Jesus, and a statue of Sr Faustina will be placed in front of the painting.

She goes on: "To all those who come to Lagiewniki Sr Faustina will present her Diary in one hand and with the other she will point to the image which says 'Jesus, I trust in you'". It is worth mentioning that the sisters are preparing two new translations of the Diary in English and French. "Sr Faustina had over 290 different extraordinary experiences here. When we come with this book to Lagiewniki, we will understand what really happened here," adds Sr. Siepak, author of the book.

In July Pope Francis will come to Lagiewniki. Together with the young people he will cross a small bridge to get to the Centre and the Shrine of St John Paul II. The bridge will facilitate the passage of pilgrims between the two shrines which will be the places most visited by the young people during World Youth Day. Both of the shrines which house the relics of the patrons of WYD 2016, St Faustina and St John Paul II are also jubilee churches, where young people can go through the Holy Door. The catechesis in Krakow will be given the name "Pilgrimage of Mercy."

"These shrines are closely related to each other and the idea of ​​building the shrine dedicated to the Polish Pope in this place was a very happy one," says Professor Antoni Jackowskim, professor of Geography of Religion at the Jagiellonian University.