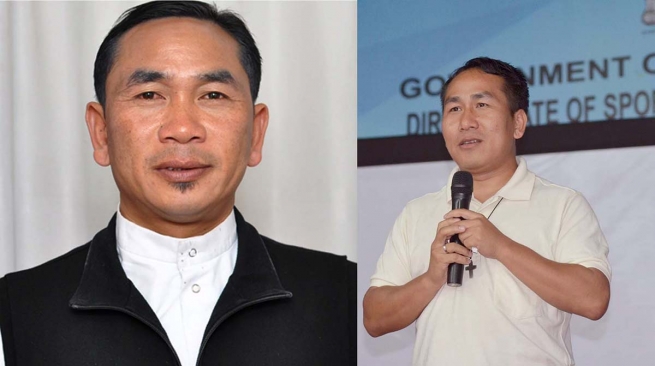 (ANS - Shillong) – On June 27, the Governor of the State of Meghalaya, the Hon. Tathagata Roy,  appointed two Salesian priests as official members of the Department of Sport and Youth Affairs of the Government of Meghalya. The two Salesians who received this assignment are Fr Anthony Kharkongor, Delegate for Youth Ministry of the India-Shillong Province and director of the high school "St. Anthony "; and Fr Michael Makri, Director of the Don Bosco Youth Center and of the Don Bosco Media Network.

Governor Roy, by conferring this task, asks the two Salesians to supervise the implementation of all programs aimed at young people on behalf of the State, including the international youth cultural exchange program. The presence of two Salesians in the government team is certainly a very positive sign and shows that the State of Meghalaya is interested in providing its young people with complete and inclusive training.

In fact, to the young people of the State they want to give a spiritual, moral and intellectual education and, precisely from this point of view, it is significant that this role has been entrusted to two Salesians.

The decision to expand the team of the Department of Sport and Youth Affairs also arises from the need to prepare adequately for the National Games of 2022, which will be held precisely in the State of Meghalaya. These games, in fact, are a great sporting event that, since 1924, has gathered in India many young athletes and that every year are hosted by a different state.