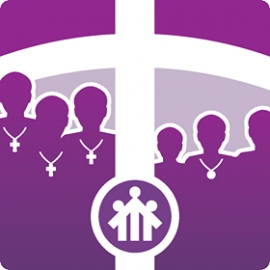 (ANS - Rome) - The Rector Major and his Council have approved the definitive text of "The Salesian Director, a ministry for the animation and government of the local community". Translations are already underway and will be published later this year in the main languages ​​spoken in the Congregation.

It is an important step in a process that began with the 27th General Chapter: "...the Rector Major and the General Council providing for the updating of the Director's Manual ..." (GC 27 69.11). This commitment was entrusted to the Formation Dicastery during the planning of the six-year term (ACG419 p.55).

In a first international seminar, with representatives of the various regions (17-19 June 2016), the path to be followed was defined, setting of the start of a consultation that involved all the Provinces. Many directors sent their contributions together, as did several provincial councils. Numerous other Salesians did so individually, for a total of 316 contributions received.

Organized by regions, the material was the subject of study together with the text of the 1986 manual.

In a second seminar (29-31 May 2017) work was carried out on the result of this text produced by each region. In contact with the members convened for the two seminars, an editorial group then began a work of synthesis from which the first draft text emerged.

The draft that the Rector Major with the Council has now approved is number 28. This speaks for how much work of verification, integration of new contributions, rethinking of the scheme, reformulation of the contents has occurred over time.

Final approval is not the final goal, but rather the starting point as the most important phase is the involvement of all the communities and all the confreres.

The Rector Major writes in the preface: "The directors are key figures in the renewal of the Congregation and of our service to young people in the educative-pastoral community. They are the key of the much desired ongoing formation, which must be implemented in our religious communities and, by extension, also in our educative-pastoral communities. This manual is therefore mainly addressed to them and to all those involved in their formation, first of all to the provincials and to their councils. The new manual is at the same time aimed at all Salesians and all members of every Salesian religious community."

This is the challenge, but above all the opportunity, which presents itself, in a season that is extremely fruitful, in the approach to the 28th General Chapter, in which this instrument of ongoing formation fully inserts itself.

In the coming months, additional articles will be published on ANS which will present the manual's contents.