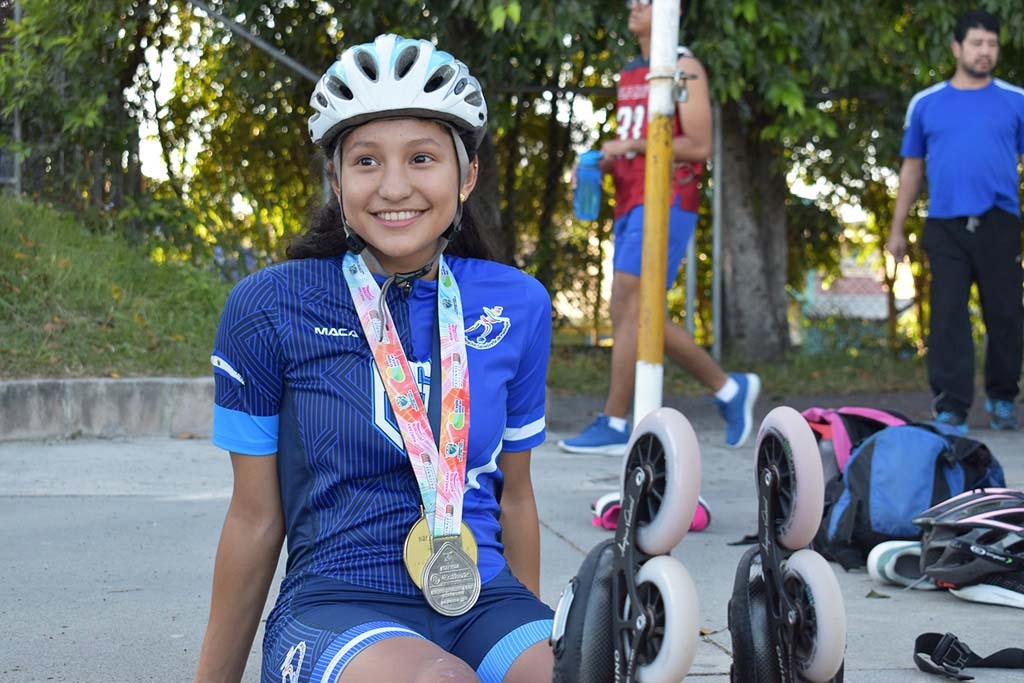 Soyapango, El Salvador - July 2019 - Ivonne Nochez, a fifteen-year-old skater from the skating club of the Salesian foundation "FUSALMO" (Fundación Salvador del Mundo), was ranked 8th in the 1,000-meter competition of the World Skating Championship held in Barcelona, Spain. Ivonne is the Central American Champion, has won gold medals in five disciplines, and received from the Fundación Educando a un Salvadoreño (FESA) a recognition as a young promise of skating. Since 2001, "FUSALMO", through sports schools, offers children and young people in areas of high risk and social vulnerability the opportunity to play seven sports: football, basketball, chess, rhythmic gymnastics, tennis, taekwondo and skating. The latter is the club that incorporates the most athletes in the national selection.