Mongolia - "My experience as a translator": interview with Mary Gangaa, Salesian Cooperator 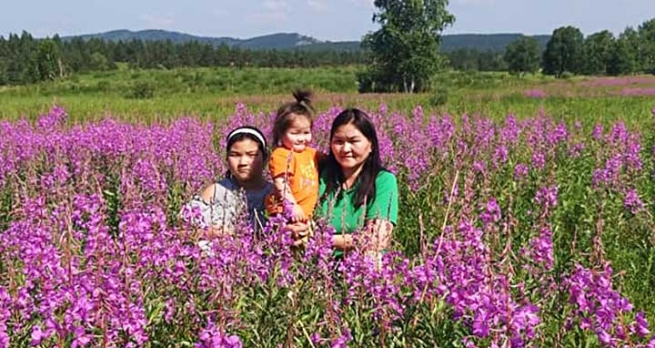 (ANS - Darkhan) - Ms. Mary Gangaa, Salesian Cooperator, is one of the three Cooperators who will take part in the second translation workshop of the East-Asia Oceania region, to be held in Myanmar from 27 to 29 August.

How did you start translating Salesian texts?

In 2008 I started working as an English teacher at the "Don Bosco Center" in Darkhan, but at that time I knew nothing about the Church or the Salesians. While I was teaching English, I had to do small translations regarding the Catholic Church and it was very difficult for me to understand some words and their meaning. Then, Father Andrew, our principal, helped me to understand, introduced me to the meaning of words like "Oratory" or "Preventive System". Some time later I read the Letter of Don Bosco from Rome and I continued reading texts on Laura Vicuña and Domenico Savio. Shortly afterwards I approached the Catholic religion and finally received an invitation to become a Salesian Cooperator. I learned a lot and I also decided to visit the places where Don Bosco lived and studied. This is why I traveled in Italy and France.

Now what does your job as a translator consist of?

I mainly deal with oral and written translations from English to Mongolian, but I have to improve translations from Mongolian to English.
I also translate homilies from English to Mongolian on a daily basis and this is a great help. I feel I still have a lot to learn, but I'm not discouraged. It's normal to encounter difficulties when doing this work, but one shouldn't be afraid to ask for help.

What suggestion can you give to Salesians who start working as translators?

Salesian translators should be able to read, understand and speak the language they decide to translate well. At the same time, I'd like to add: "Don't be afraid to ask what you don't know". If you then work in a group, it's very important to share what you are translating with others.
For me it was very useful to read the book on the life of Don Bosco translated into the Mongolian language and I believe that it can help anyone starting out in this job.

What expectations do you have as a translator?