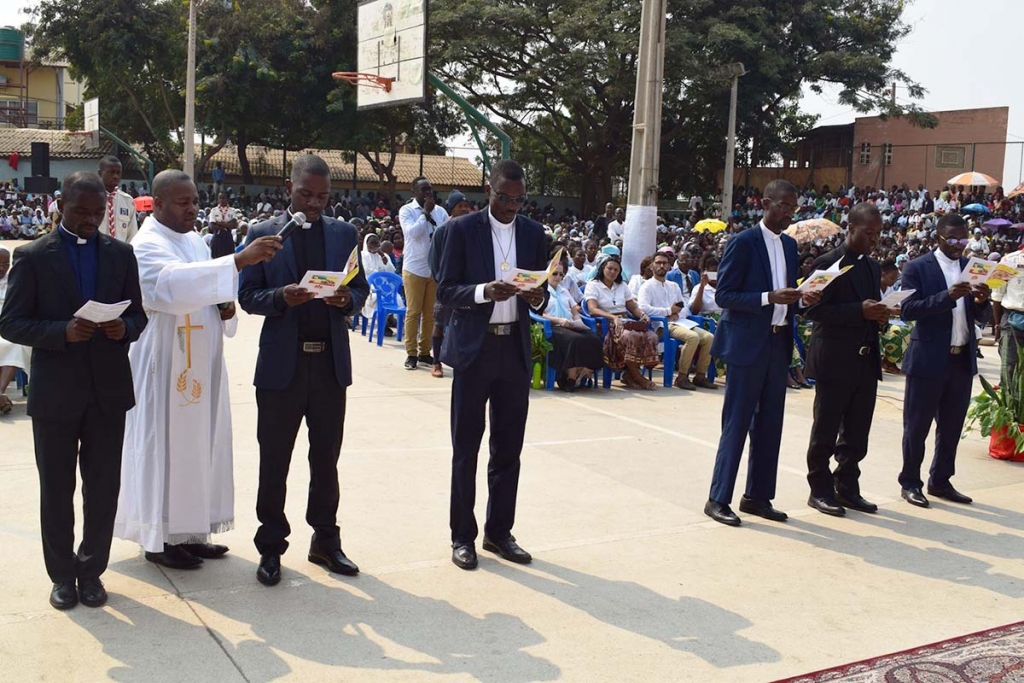 Luanda, Angola - July 2019 - On 21 July, Cardinal Daniel Sturla, archbishop of Montevideo, presided over the Eucharistic celebration during which six Salesians made their perpetual profession. The mass was concelebrated by Fr Victor Sequeira, Superior of the Vice Province of Angola (ANG), and by various priests, and was attended by numerous religious, seminarians, young people in formation of various congregations and faithful.