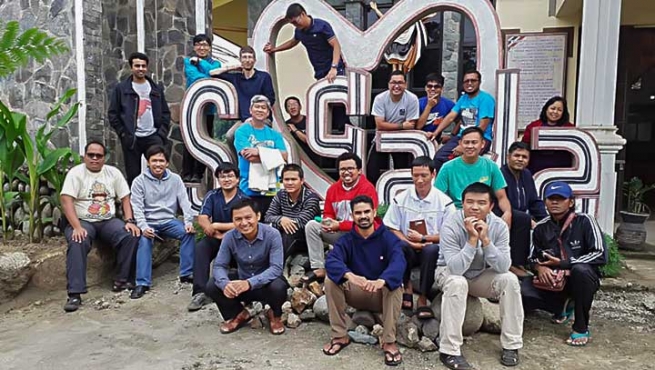 They have been here since May 2018 and, despite the initial difficulties, they have also been able to seize the many opportunities that this experience offers them. In the Philippines, in fact, they have learned to reflect on social issues never faced before and to learn more about the strengths and weaknesses of their own culture.

"The difference between cultures can be a challenge," the two coadjutor brothers commented. "The communication of the Hungarians, for example, is very direct and this could be strange for the other members of the community. But it's positive to spend much time together with the other members of this community," they added. For this reason, they especially enjoyed the moments spent together, such as prayers, meals and outings.

Visiting the various Salesian circles, moreover, the two brothers were able to see how the Salesian charism is applied in the Philippines. They then noted that there is greater involvement of the laity in the life of the Church.

Currently, the Sandor Community, directed by Fr Arnold Sanico, Salesian, is composed of four formators (3 priests and a Salesian Coadjutor) and is attended by 21 brothers from five Regions and 13 different Provinces.

Thanks to the patron saint of this formation house, relations between Hungary and the city of Parañaque grow from year to year. In fact, last year, the Hungarian provincial economer, Br Géza Nádudvari, participated in the Curatorium of the Philippines and personally experienced the environment of this community of Salesian Brothers, so dear to the Salesian Family. This year, Fr János Andrásfalvy, Formation delegate of the Salesian Province of Hungary (UNG), took part in the Curatorium experience.