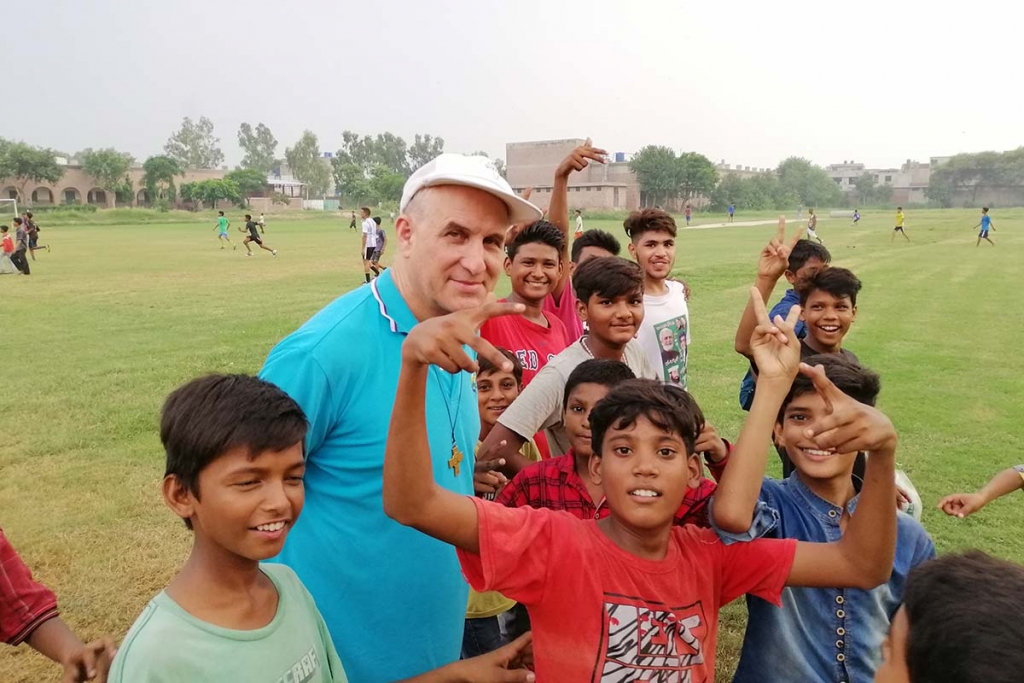 Pakistan - August 2019 - The General Councilor for the Missions, Fr Guillermo Basañes, visited the two Salesian houses of Pakistan from 24 to 30 August: Quetta, on the border with Afghanistan, and Lahore, near the border with India. He met Msgr. Victor Gnanapragasam, OMI, apostolic vicar of Quetta, and Msgr. Sebastian Francis Shaw, OFM, archbishop of Lahore. Fr Basañes spent much of his time listening to and dialoguing with the six Salesians working in Pakistan: three Pakistanis and three missionaries. He also celebrated the Eucharist with children, young people and school staff and gave them the traditional Salesian "good morning"; he also met seven aspiring Salesians and a new group of three Salesian Cooperators