Italy - From Roma camp to bakery, Adriana's leap into a "normal" life 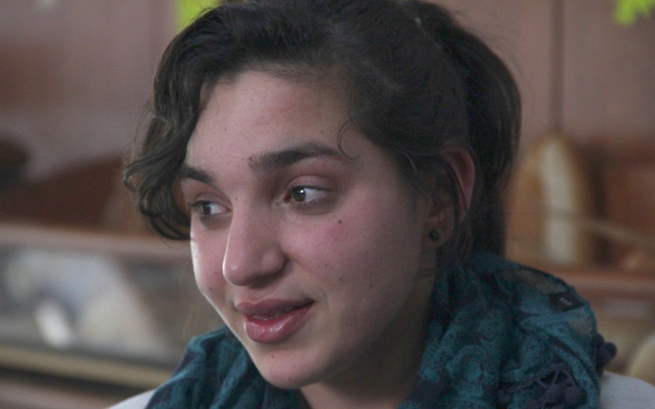 (ANS - Rome) - Adriana is a Roma girl who followed the path to the Minors Reception Center of Borgo Ragazzi Don Bosco in Rome. Hers is a story of redemption and love of God.

Adriana is now 23 years old, has a home, a family, friends and a job in a bakery in Rome. She likes her job a lot, but above all she likes to chat with the people of the neighborhood, for whom Adriana is no longer the "gypsy" from which to watch their backs, but a girl like many others, with many dreams.

The story of Adriana and her family is marked by abandonment, refusals and painful moves in an attempt to find a place where they can feel welcomed. The father is the first to leave them; immediately after, the grandparents, then a sister. The mother barely manages to take care of her 6 children. Until the age of 15, Adriana lived by petty theft, begging, washing car windshields at traffic lights and sleeping on the street.

The turning point comes on a summer day with the conversion of the mother who finds herself, desperate and sick, entering an evangelical Church. The encounter with Christ, the acceptance of the community, the power of prayer, from that moment sowed the need in Adriana to make a radical choice: to abandon Roma life forever and create a better future.

But changing life is not easy. Her father returns and convinces the family to leave Rome, to move first to Naples, then to Spain, and later to France. Adriana has no friends, doesn't know the languages ​​of the places she lives, suffers the diversity. In the end, her parents decide to return to Italy and her father leaves his family again. But for Adriana a new possibility is about to open up.

The girl comes into contact with the Minors Reception Center of Borgo Ragazzi Don Bosco in Rome, which is transformed for her into the "hand of God", that invisible but certain hand to grab onto finally to make that jump. For Adriana there is the possibility of a work placement path through a training internship, made available by the Child Reception Center. Support and orientation talks begin. In 2014 she managed to obtain her middle school diploma and, after holding various jobs, comes the proposal of the bakery in 2015 where Adriana still works today.

"God saved me," says Adriana, "I feel loved by Him and this is the most beautiful thing that exists in the world. I made that jump and I'm happy."