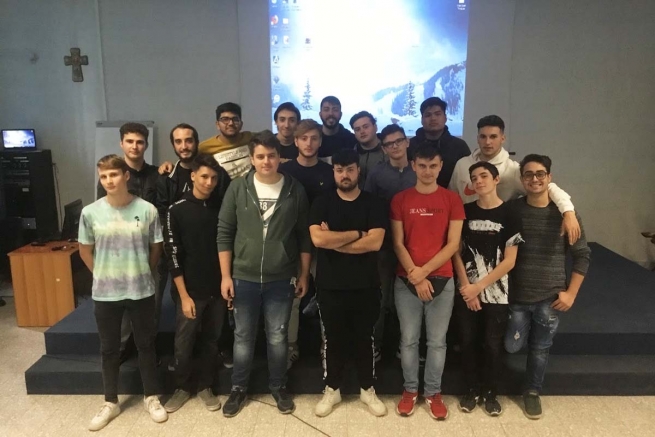 (ANS - Rome) - The Vocational Training Center (CFP) of the Salesian institute "Teresa Gerini" has launched an original initiative to numerous local companies and entrepreneurs and, last October, opened the doors to them to promote a renewed learning system for young people and companies.

The meeting's objective was to foster relationships with the companies that have known the Center for decades, thanks to the positive and consolidated experience of many trainees' internships, and above all to undertake a new, more active and permanent synergistic mode, through direct knowledge and within the structures themselves.

In a country like Italy, where the most recent surveys show an elevated scholastic dispersion, a high percentage of NEETs (young people who do not study and do not work) and delayed entry into the labour market even for those who possess valid qualifications or diplomas, the CFP "Teresa Gerini" has undertaken to extend its educational and training project also to the places where students do their internships and internships.

The first meeting "Sinergie Scuola & Impresa", held in the Institute's "Sala Rinaldi" on the afternoon of last October 18 saw the direct involvement of fourth-year students in electronic / IT / educational robotics. They organized the meeting and introduced, through multimedia presentations, the experiences implemented under their teacher's guidance.

The company owners or managers appreciated and encouraged the work in progress and the will to confront and interact with companies, and especially the willingness to carry out and / or introduce modules or part of them on the basis of what happens in the company.

Several guests invited these events to be repeated, as they were useful and mutually enriching, and they praised the behavior and fairness of the young people from the Salesian CFP who had passed through their companies.

Furthermore, they encouraged the students present to commit themselves, to take care of  analyses, the planning and development of their projects, and to get enthusiastic and fully involved, because with commitment and determination they can change their destiny and that of society.

The Institute of the Salesians, founded in 1952, is located in a working-class area of the Italian capital, and at the same time privileged thanks to numerous technological industries that emerged in the 1960s. The CFP currently welcomes over 700 students and is the largest in Italy; it operates in the fields of mechanics, electromechanics, electronics, wellness across the following sectors: electronic / IT / educational robotics.