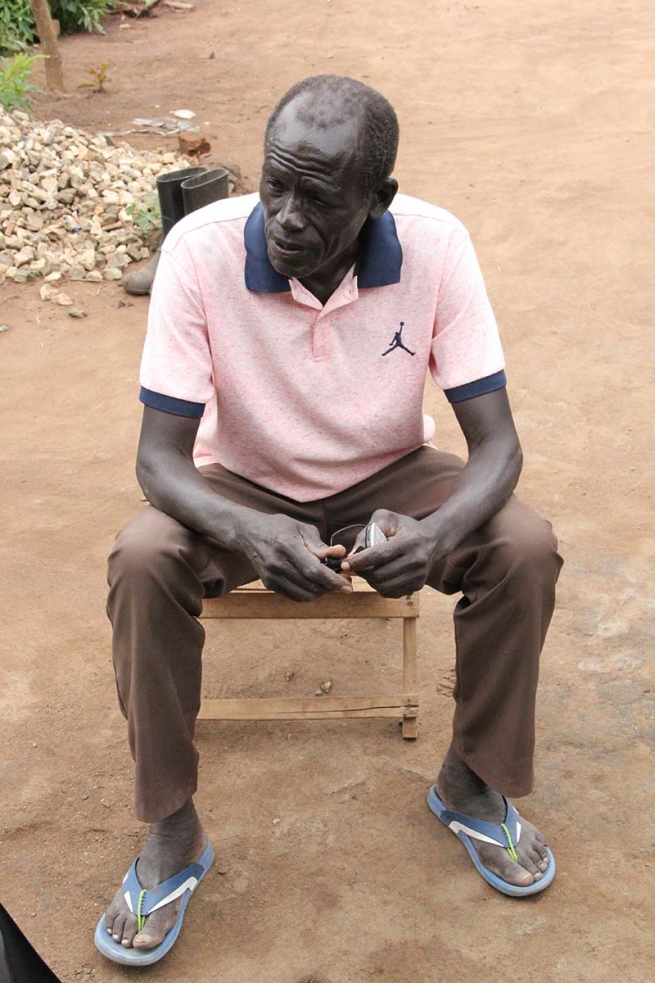 (ANS - Palabek) - Eugene Obwoya was 77 years old and dreamed that peace would return to South Sudan, so he could return home. He was an exception in the Palabek refugee camp in Uganda, where almost 90% of residents are women and children. He had been a government official in Sudan and, together with his inseparable wife Agnes, was among the first to arrive in Palabek.

Eugene Obwoya didn't care about having five children with stable jobs outside the refugee camp - and among them, a professor from the University of Juba, an administrator in Kampala, capital of Uganda, and a telecommunications engineer in China. His place was in the camp, despite his family putting pressure on him because they wanted him and his wife, a retired teacher, to leave that uncomfortable and difficult life to enjoy their last years.

But Eugene, an agronomist, had decided: "This is the third time I live in a refugee camp, and dreaming of peace in South Sudan and helping my compatriots is what keeps me alive," he said a year ago.

He was the person for whom the Salesians began to live in Palabek. In South Sudan, already a catechist, in the refugee camp he led the prayers of the first refugees beneath the trees and open sky. When the first Salesians arrived in Palabek to see the work the NGOs were doing with the refugees, Eugene asked them to celebrate Mass and to return assiduously; thus he continued until the first three Salesian missionaries stayed to live in his hut.

Always ready to help, Eugene didn't deny anyone a chair and a cup of tea to talk quietly at the doors of his hut. "I have been retired for years and it is true, in South Sudan I had a lot of land, fruit trees and machinery to live well," he recalled. "But my place is here now, to help the young as I can."

On Sundays, he was a minister at Masses and was always careful to have everything under control. One day he had difficulty reading one of the passages, the first symptom that something was wrong with his health.

Now Palabek mourns the absence of Eugene, the good man that everyone knew and asked for advice.