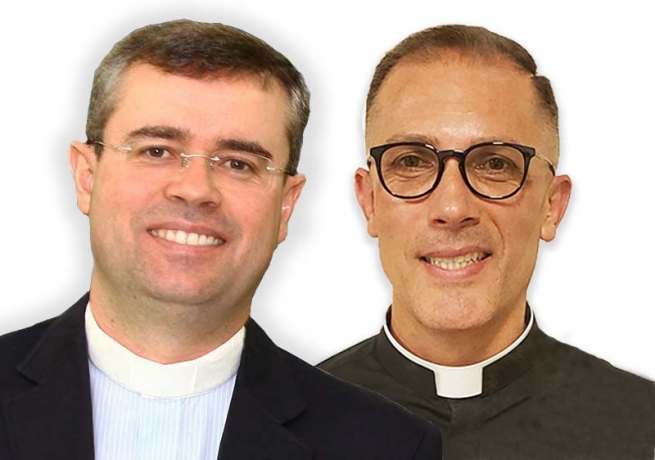 (ANS - Rome) - Yesterday, 10 December, as part of the winter plenary session of the General Council, the Rector Major, Fr Ángel Fernández Artime, with the agreement of his Council, appointed the Provincials of the Brazil-Campo Grande Provinces (BCG) and Brazil-Porto Alegre (BPA) for the six-year term (2020-2026). These are, respectively, Fr Ricardo Carlos and Fr Gilson Marcos da Silva.

In the "Dom Bosco" community of Campo Grande, he served as Vicar (2003-2007), Economer (2004-2009) and finally Director (2007-2013). Then, after spending two years at the "Ratisbonne" International Theological Studentate in Jerusalem, Israel, he was Economer of the community of the Catholic University Dom Bosco (UCDB) of Campo Grande, and since 2016, at the same community, he serves as Director.

Between 2009 and 2013 he was also Provincial Councilor, a post he resumed in 2016 and which he still maintains.