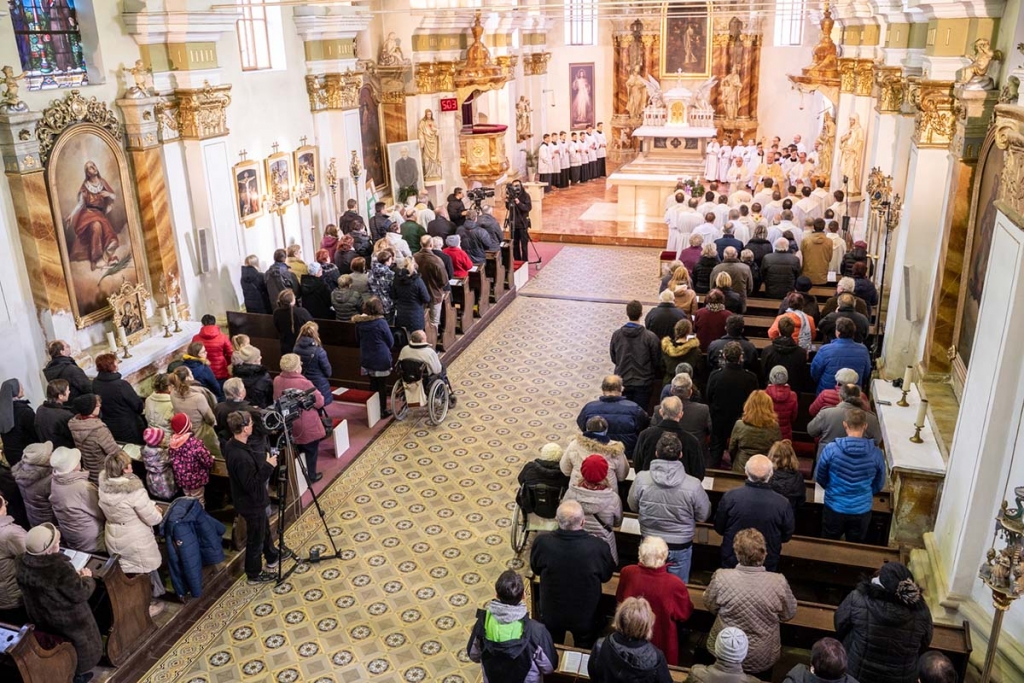 Fryšták, Czech Republic - December 2019 - On 14 December, in Fryšták, the Eucharist was celebrated, presided by the Archbishop of Olomouc, Msgr. Jan Graubner, for the 150th anniversary of the birth of Fr Ignác Stuchlý, the first Czech Salesian, whose beatification process is underway. In the homily, the most important moments in Fr Stuchlý's life were remembered and the great value of his life for the Salesian Family and for the whole Church in the Czech Republic was underlined. This event was also accompanied by the retreat for young people in the Salesian house centered on the figure of Fr Stuchlý. After lunch, a new popular biography of Fr Stuchlý followed and a new website dedicated to him was presented; in four languages, it can be seen at: https://istuchly.cz/