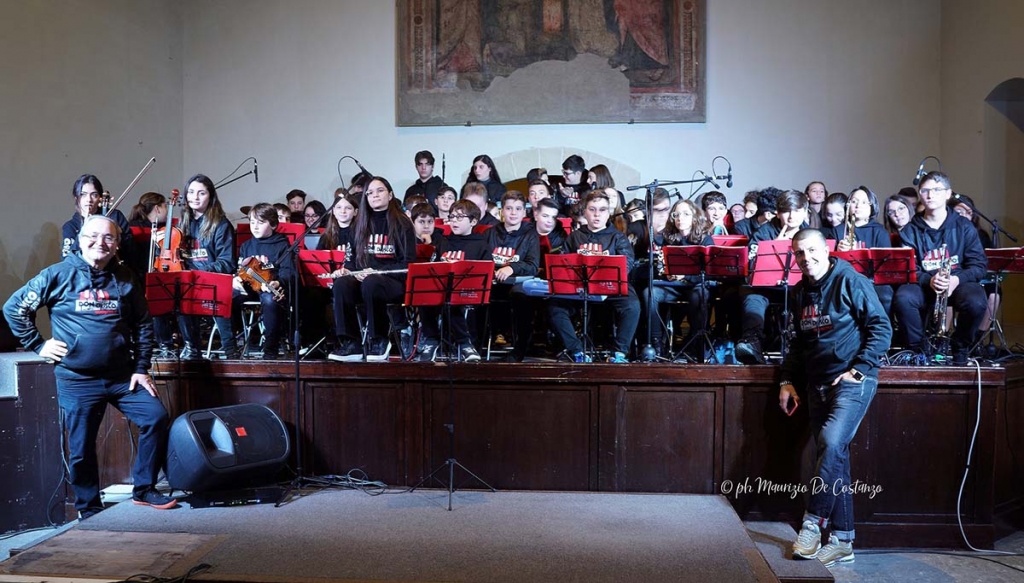 Naples, Italy - December 2019 - On December 15, at the Monastery of Santa Chiara in Naples, the first evening of the itinerant concerts of the young orchestra of the pupils of Don Bosco of Caserta took place, and their first CD entitled " Don Bosco is coming to Orchestra" was officially presented. The evening was moderated by prof. Stefano Laudadio in the presence of the Mayor of Naples, Luigi De Magistris. The orchestra is composed of 65 musicians aged between 7 and 18 years, with arrangements and musical direction by prof. Enzo Anastasio, assisted by prof. Massimo Barone, and the support of the director of the Salesians of Caserta, Fr Gino Martucci. The orchestra's next concert, after 18 December in the church of the Salesians Don Bosco of Naples and of the church of the Good Shepherd in Caserta, is scheduled for 4 January at the Juvenile Penitentiary Institute of Airola, in favor of the young detainees.