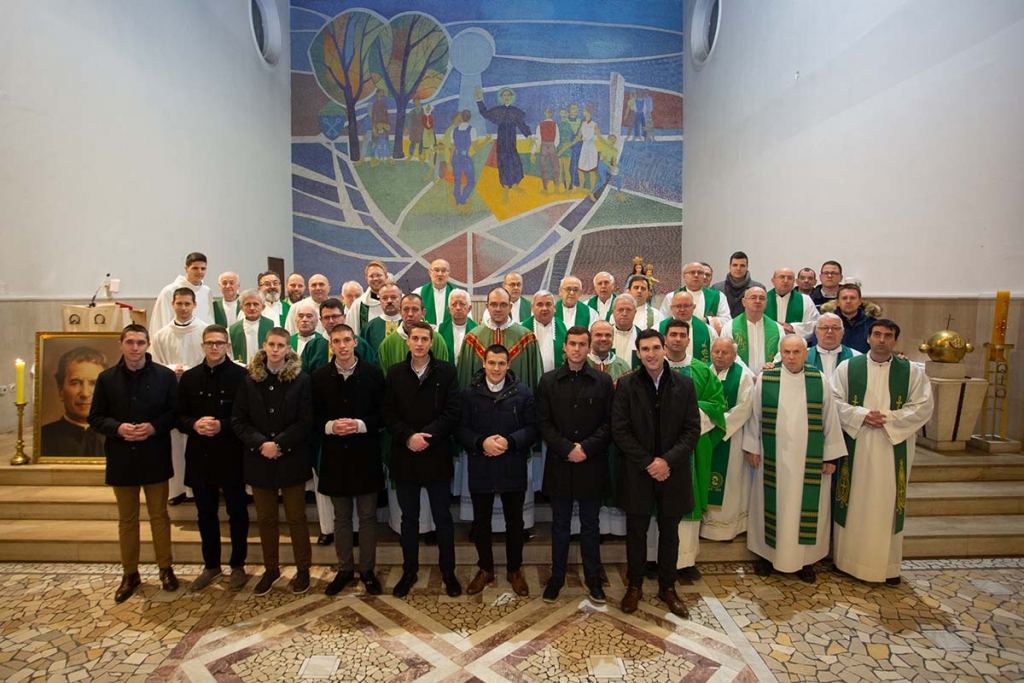 Zagreb, Croatia - January 2020 - The "St John Bosco" Salesian Province of Croatia (CRO) celebrated Provincial Day on 27 January. The event was attended by Salesians from the presences of Croatia, Bosnia and Herzegovina, and from the Croatian Catholic missions in Germany. On this occasion, the Rector Major's Strenna 2020, on the theme "Good Christians and Upright Citizens", was presented to participants and posters were also distributed. Subsequently, in the church of "Mary Help of Christians", Fr Tihomir Šutalo, Provincial of the CRO Province, presided over the Eucharistic celebration during which eight new aspirants entered the Salesian pre-novitiate.