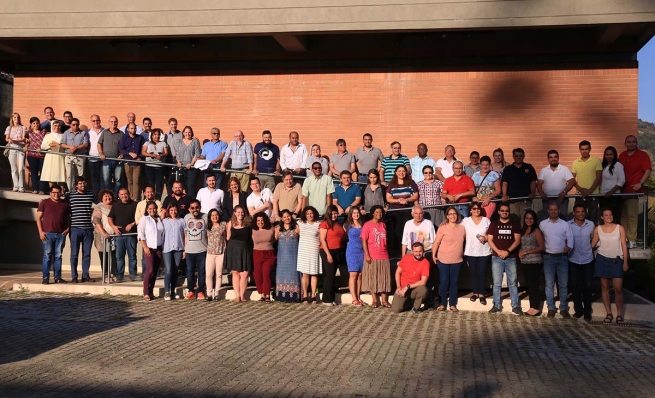 (ANS - Medellín) - The fifth and last training workshop was held from 3 to 7 February 2020 as part of the project to strengthen the skills for staff members of the Planning and Development Offices (OPD) and the Vocational Training Centers (VCT) in Latin America. The project is the result of a joint effort led by the German NGO "Don Bosco Mondo" in coordination with the "OFPROBOL" Planning and Development Office of Bolivia, and is funded by the German Ministry for Development Cooperation (BMZ).

The project envisaged the strengthening of skills of PDO and VTC personnel through mutual and collaborative learning to better answer to the needs of the direct beneficiaries of the region's Salesian activities, including vulnerable young people, men and women at risk of social and economic exclusion, and with special attention to the tools of Technical-Vocational Training.

During this workshop, the staff of the PDOs identified the key elements in the projection of the second phase of the process of strengthening skills in the context of environmental issues in the region; at the same time, the VCT staff developed content regarding integral management and good practices in the Salesian style.

As part of the project, an external evaluation exercise was developed during the closure phase, as part of a learning process aimed at further strengthening the networking between PDOs and VTCs.

Among the main conclusions of the 5th Workshop, the following should be noted:

-       Consolidate the work and collaboration networks between the PDOs and VTCs, as well as their articulation with other local and regional Salesian networks;

-       Consolidate the interest to develop awareness and co-responsibility on environmental issues with all the actors involved in the Pastoral Educational Communities. For this reason, it will be possible to count on the support of the German NGO "Don Bosco Mondo" to formulate an integral project proposal at regional level;

-       Commit to effectively share the results of this meeting with their respective Provincials and their Councils, make aware of the process that has started and of the contributions and experiences that will continue to be consolidated.