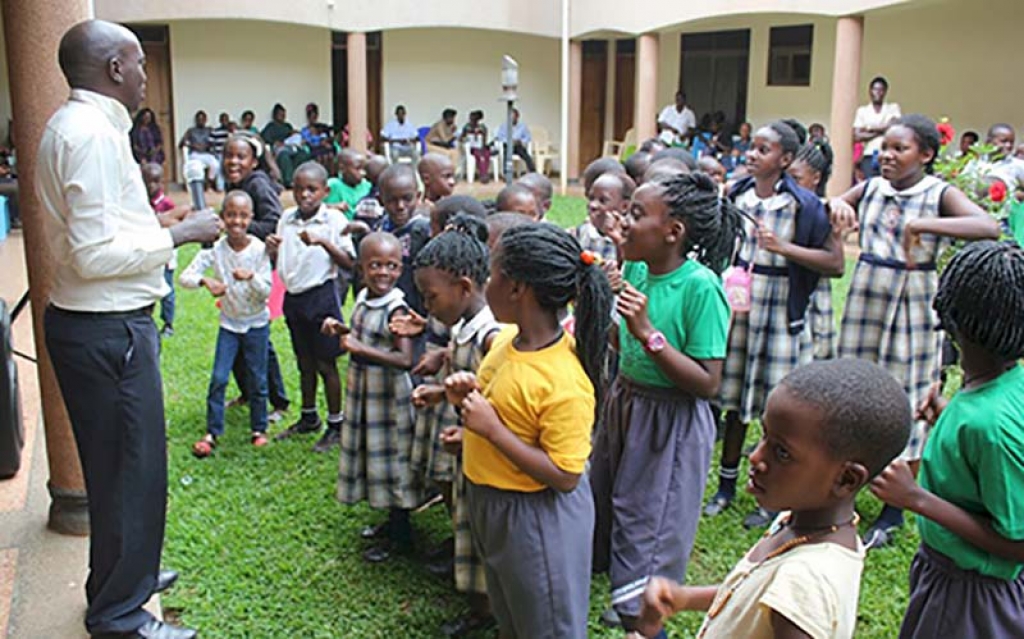 Namugongo, Uganda - February 2020 - On February 19, the feast in honor of Don Bosco was celebrated at the "Don Bosco" Primary School in Namugongo. The day began with Mass presided by the chaplain of young people of the Sanctuary of the Martyrs of Uganda in Namugongo, and concelebrated by several Salesians, in the presence of the Economer of the Africa Great Lakes Vice Province (AGL), Salesian coadjutor brother Hubert Twagirayezu. After Mass, thousands of people, including schoolchildren, parents, teachers and the local community, attended the final of the football tournament which was followed by a convivial meal. Finally, there was a concert by the school choir, a performance by acrobatic artists, and the awards ceremony for the teams and players.