Italy – Caritas 2020 Report: analyses and proposals to get out of the pandemic tunnel, all together

(ANS - Rome) - The picture outlined by Caritas Italiana in its annual report on poverty and ...

Rome, RMG - October 2020 - The meeting of the 15 Provincial Delegates for Formation of the Salesian ...

(ANS - Palabek) - The production and distribution of over 24,000 masks in the Palabek refugee ...

Rome, RMG - October 2020 - The meeting of Provincial Delegates for Youth Ministry of the ...

(ANS - Santiago) - On the afternoon of Sunday 18 October, the churches dedicated to Maria ...

(ANS – Rome) – For the first time in history, the EAO Region Salesian Cooperators and ...

0
Argentina - "Night of the Stars" experience has begun 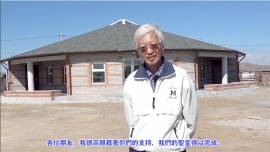 (ANS - Shuwuu) - Since 2016, the Catholic Prefecture of Mongolia has entrusted the Salesians of the Mongolian Delegation with a rural town called Shuwuu, about 40 km from the capital Ulanbaatar. Previously, from the earliest days of the Catholic mission, Shuwuu had been entrusted to the Missionary Sisters of the Immaculate Heart of Mary; it featured a social work, a kindergarten and a space devoted to agriculture. Then, the late Bishop Venceslao Padilla, who passed away in 2018, entrusted this promising community to the Salesians. 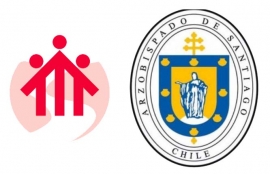 (ANS - Santiago) - On the afternoon of Sunday 18 October, the churches dedicated to Maria Assunta and St Francesco Borgia in the center of Santiago were attacked by local demonstrators: the church of the Assumption was totally destroyed, while the second, the institutional chapel of the Carabinieri, was damaged, but was saved by the intervention of the Fire Department. The attacks took place on the first anniversary of the social mobilization that began with marches and clashes that left thousands injured and thirty dead and put Sebastián Piñera's government in crisis. The archbishop of Santiago, Msgr. Celestino Aós, and the Provincial of the Salesians of Chile, Fr Carlo Lira, expressed their views on the matter. 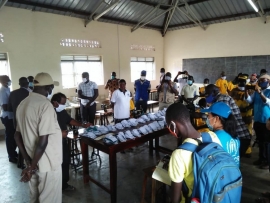 (ANS - Palabek) - The production and distribution of over 24,000 masks in the Palabek refugee camp in northern Uganda has earned Salesian missionaries recognition from the United Nations High Commissioner for Refugees (UNHCR). The symbolic award gives even more value to the work of the Salesians among the approximately 56,000 refugees present in the camp, mostly women and children who fled the war in South Sudan.