(ANS - Rome) - The seventh episode based on the document “Young Salesians and ...

Malawi – A missionary “Ad Gentes” reflects on 12 years in Africa

Philippines - Online Via Crucis in times of pandemic

Thailand – 4th Extraordinary Chapter of Secular Institute of Daughters of Queenship of Mary ...

Peru - 115 years of the Salesian presence in Piura 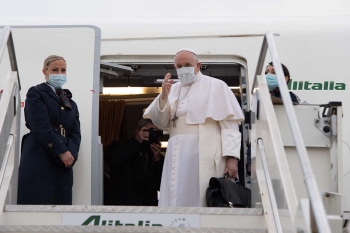 Rome, Italy - March 5, 2021 - Pope Francis’s 33rd apostolic journey began this morning with the plane taking off at 7:45 am from Fiumicino airport (Rome) and bound for Baghdad, Iraq. The journey, under the banner of the evangelical motto "You are all brothers", will end on Monday 8 March. 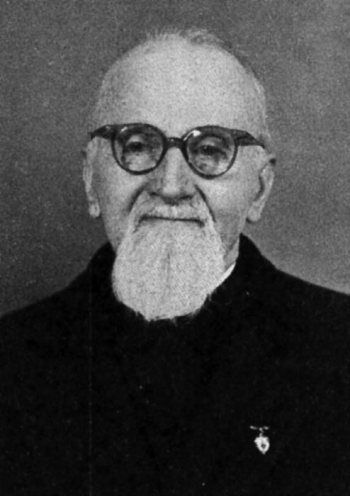 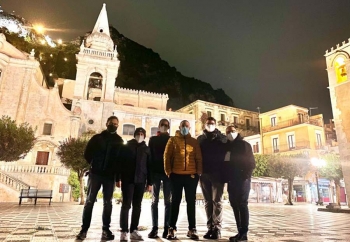 Taormina, Italy - February 2021 - The meeting of Salesian trainees from the Salesian Province of Sicily (ISI) took place from 12 to 14 February, replacing the meeting of trainees from all the Provinces of Italy, which should have taken place in Santeramo in Colle. The event began via the Meet platform together with Salesian trainees from the Southern Italy Province (IME), Central Italy District (ICC) and Special Piedmont and Valle d'Aosta District (ICP); Fr Giuseppe Roggia, SDB, gave a lecture on the moment of the internship, considered by him to be the most beautiful, but also the most delicate one to live and experience precisely because, quoting some of his words "here the backbone is formed, here you learn from life, the consecrated one." After offering some advice, Fr Roggia answered the participants' questions. The meeting continued on Saturday morning with the ISI Provincial Vicar, Fr Franco Di Natale, who prompted discussion on the theme of "caring" starting from the parable of the Good Samaritan. The program of the rest of the days took place with the sharing of internship experiences. 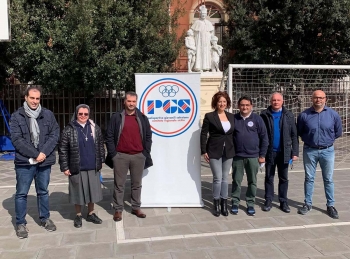 Catania, Italy - February 2021 - On 21 February, in the Don Bosco Auditorium of the "San Francesco di Sales" Institute in Catania, the elective assembly of the Salesian Youth Sports Clubs of Sicily took place. The event was opened by Fr Giovanni D'Andrea, Provincial of the Salesian Province of Sicily (ISI), who urged the participants to be signs of hope through sport and education, for young people and their families, to be good coaches-educators having Don Bosco as a model and guide. The PGS report on the last four years was then presented, highlighting an increase in affiliations and members and the liveliness of sports and formation activities. After the approval of the budget, the regional and national offices were renewed. The 66 PGS associations have chosen the new Regional Council, at the helm of which Massimo Motta was reconfirmed as President; also, the National Councilors who will represent Sicily were elected: Maurizio Siragusa and Chiara Romano. The regional representatives Fr Enzo Timpano, SDB, and Sr. Giusy Davì, FMA, are also added to the new staff. 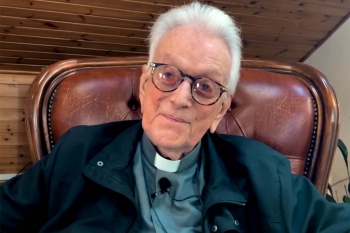 (ANS - Potenza) - One hundred years well spent, with numerous successful paths and many anecdotes to be shared. But above all, a hundred years of life given to others. They are those experienced by the Salesian Fr Bruno Bertolazzi, who passed from the military uniform, worn during the Second World War against the Nazis, to the “Don Bosco uniform”, in the service of young people and the Salesian Congregation. Today he resides in Potenza, still concelebrates Mass and uses Facebook to keep in touch with the many past pupils who still seek him. 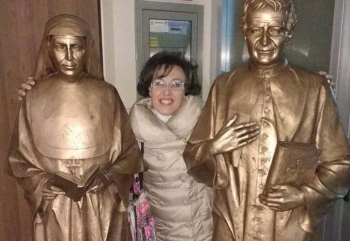 Italy – "I am grateful to God for granting me the Grace of knowing Don Bosco": interview with Cinzia Arena, World Administrator of Salesian Cooperators

(ANS - Piedimonte Matese) - Since the time of its approval in May 1876, the Association of Salesian Cooperators has contributed to spreading the Salesian mission in many countries of the world. Today, sharing her vocational history and her experience of service in the Salesian Family is the World Administrator of the Association, Cinzia Arena, born in 1971 in Naples - although today she lives in Piedimonte Matese, Province of Caserta - a graduate in Economics and Commerce and employed in the Third Sector for non-profit associations.