(ANS - Rome) – At the beginning of Lent, the Formation Department of the Salesian ...

Democratic Republic of Congo – A memory of Ambassador Attanasio, killed on his way to visit relief ...

(ANS - Bukavu) - The news of the killing of the Italian ambassador Luca Attanasio, of the ...

United States – “Education is a matter of the heart”. The “Don Bosco Prep” experience

Guwahati, India - February 2021 - The government of the State of Assam used the largest building of ... 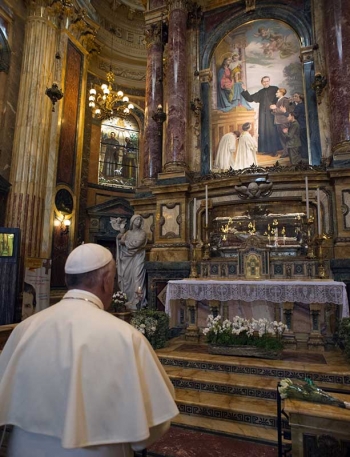 RMG – Pope Francis to the Salesians: "Do dream ... and make others dream as well!"

(ANS - Rome) - Pope Francis' closeness to the Salesian Family is well-known: the numerous ties with several Salesians meaningful to his life, the school year at the Institute of Ramos Mejía, his devotion to Mary Help of Christians ... But in the message he sent on the occasion of the 28th General Chapter of the Salesian Congregation, Pope Francis amazes for the intimate and profound knowledge of Don Bosco's charism. Thus, speaking with familiarity, as if it were a simple "goodnight" in the oratory, he helps to identify the answer to the Chapter's question: "What Salesians for today's young people?" For the Argentine pontiff, the answer is: "the Salesian of the XXI century is a man full of hope because he knows that his centre is in the Lord, able to make all things new." 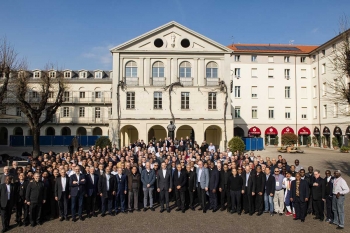 (ANS - Rome) - “What can I compare the kingdom of God to? It is similar to a bit of yeast: if a woman takes it and kneads it with three large measures of flour, then the yeast ferments all the dough." This beautiful parable of Jesus can be a good comparison for General Chapter XXVIII. It was shorter than expected, but like a pinch of yeast, its work has only just begun: it will spread its strength and beneficial ferments in and throughout the Congregation. 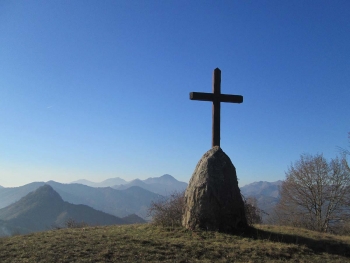 RMG – Pope Francis' invitation for Lent 2020: "Let yourself be reconciled with God"

(ANS - Rome) - It is said that a woman once started asking people: "What is the most important thing in life for you?" The answers she obtained were predictable: health, love, money ... But when she asked the question to an elderly man, the answer was so simple and spontaneous that it did not require any comment: "To forgive." For this Lent, Pope Francis invites us not only to "forgive", but to allow ourselves to be reconciled with God. Even more, he invites us to "draw close to confessing our sins, to firmly believe in His mercy that frees us from our guilt." 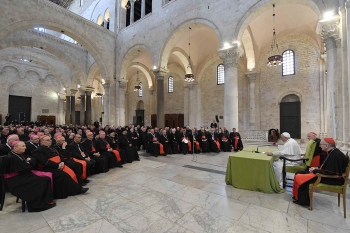 Bari, Italy - February 2020 - On February 23, Pope Francis reached Bari to conclude the meeting "Mediterranean frontier of peace", promoted by the CEI, at the Basilica of San Nicola, in which 58 bishops of the 20 Mediterranean churches participated. In his speech, Pope Francis outlined the path to follow to build peace relations in the Mediterranean, urging Christians to be "tireless peacemakers." He then spoke of the "madness of war" which is the failure of every human and divine project, of the migratory phenomenon, of the protection of religious freedom and of migrants, and urged to transform the Mediterranean from a cemetery to a place of Resurrection. The Pontiff stressed that extremisms and fundamentalisms deny the dignity of man and his religious freedom, urging a more lively encounter between the different religious faiths. Finally, he stressed that the prerequisite for building peace is justice. He concluded his intervention by indicating Saint Paul as an example to follow in order to transmit the faith. 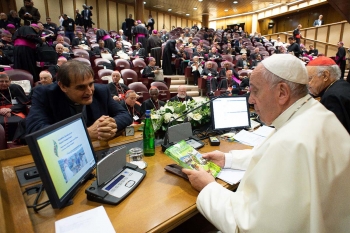 RMG – "Querida Amazonía": the Pope's dreams for the Amazon

(ANS - Rome) - Pope Francis has offered the Amazonian Church, the universal Church and all men of good will the post-synodal document: Querida Amazonía. Below, Fr Martín Lasarte, who participated in the Synod of Bishops on the Pan-Amazon region, indicates only a few of the many significant points. 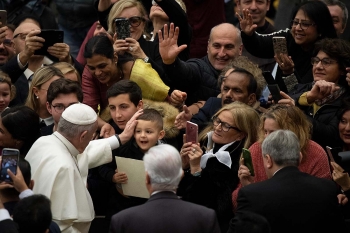 (ANS - Rome) - From the very beginning, humanity has cultivated the art of storytelling. Stories are an activity that is the basis of every human relationship. In recent years, the communication industry has taken this art into hand, making it known as "storytelling". On January 24, 2020, the feast of St. Francis of Sales, Pope Francis sent a message for the 54th World Communications Day, entitled: "That you may tell your children and grandchildren (Ex 10:2). Life becomes history". "I would like to dedicate this year's Message to the theme of storytelling," says the opening message.