Palabek, Uganda - February 2021 - Thanks to the help of the Salesian NGO "Don Bosco Jugendhilfe ...

France – Migrants and young people, Salesian network at the forefront

(ANS - Paris) - For many years, unaccompanied foreign minors (UASC) have been welcomed in the ...

(ANS - Potenza) - One hundred years well spent, with numerous successful paths and many ...

Thousands of young people united to say "no" to hate speech

"Somos más", We are more, is an initiative born in Spain, which promotes messages of peace ... 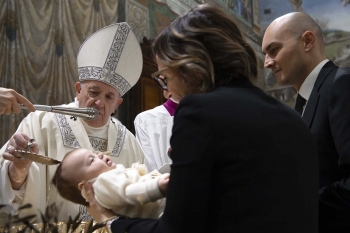 Vatican City, Vatican - January 2020 - On the occasion of the feast of the Baptism of the Lord on January 12, Pope Francis baptized 32 children, accompanied by parents and relatives. During the brief homily, Pope Francis stressed that children must be baptized as infants so that they "grow up with the power of the Holy Spirit." 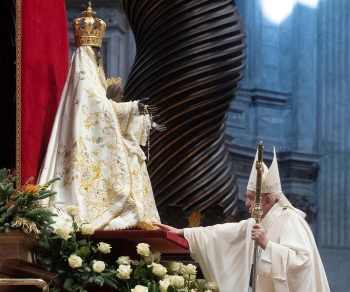 Vatican City, Vatican - January 2020 - On January 1, in the Vatican Basilica, Holy Father Francis presided over the celebration of the Solemnity of Mary Most Holy Mother of God on the octave of Christmas and on the occasion of the 53rd World Peace Day on the theme Peace as a path of hope: dialogue, reconciliation and ecological conversion. 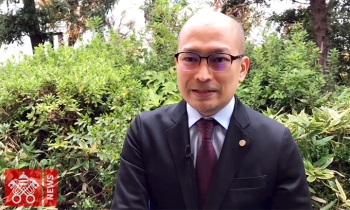 Japan – Interview with Bosconian, a descendant of the hidden Christians

(ANS – Tokyo) – During Pope Francis's recent visit to Japan, one Bosconian (Don Bosco Past Pupil), staff member of Don Bosco Publications and member of the Japan Province Social Communication team, a descendant of the “hidden Christians”, who have kept the faith for the past 470 years, provided a brief interview that can be found on the Vatican News website in Spanish (video) and in English (audio) with a shortened English version text: 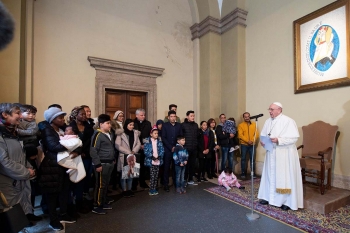 Vatican City, Vatican - December 2019 - On December 19, at the end of the morning audience, Pope Francis met refugees who have recently arrived from Lesbos via humanitarian corridors. The Holy Father had a cross placed in the access to the Apostolic Palace from the Belvedere Courtyard in memory of migrants and refugees: "I decided to exhibit here this life jacket, 'crucifix' on this cross, to remind us that we must keep our eyes open, keep the heart open, to remind everyone of the mandatory effort to save every human life, a moral duty that unites believers and non-believers." 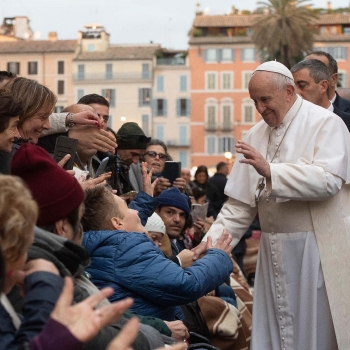 (ANS - Rome) - Historians recall that in 1934 Mario Giuseppe Francesco and Regina María Sívori, daughter of an Argentine and a Piedmontese, met in the Salesian Oratory of San Antonio, in the Argentine neighborhood of Almagro. The two went to Mass and in those environments the love that they professed forever was born. They were married on 12 December 1935; on 17 December 1936 Jorge Mario was born, the first child of four others: Alberto Horacio, Óscar Adrián, Marta Regina and María Elena, the Pope's only surviving sister. 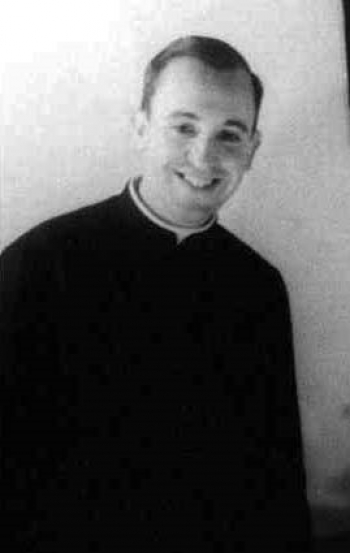 RMG – The Pope's prayer 50 years ago: "I believe in the loving gaze of God that came forth to invite me to follow Him"

(ANS - Rome) - 50 years have gone by. It was December 13, 1969, just four days before his 33rd birthday, when Jorge Mario Bergoglio was ordained a priest. His vocation dates back to 21 September 1953, the Feast of St. Matthew. In the his memories of this priest, today Pope Francis, the prayer he wrote for that memorable day has remained impressed upon him: "I believe that in the story, which was pierced through by the gaze of God's love, on the day of spring, September 21, He came forth to invite me to follow Him ... And I hope in the surprise of every day, in which love and strength, betrayal and sin manifest themselves, that they will always accompany me until that final encounter with that marvellous face that I do not know how it is, which constantly escapes me, but which I want to know and love."