RMG - Presentation of the theme for Strenna 2022: “Do all through love, nothing through constraint” ...

(ANS - Sarriguren) - Fr Carlos Berro Indurain is a Spanish Salesian missionary in Africa. He has ...

(ANS - Košice) - From the presentation of the program of Pope Francis' apostolic visit to ...

(ANS - El-Houssoun) - Organized by the Salesians in Lebanon, the Youth South Camp in the mountain ...

(ANS - Rome) - A worldwide Salesian film festival, a unique project, first of its kind to involve ... 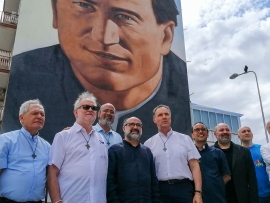 (ANS - Foggia) - At the Salesian house "Sacred Heart of Jesus" in Foggia, on Saturday 17 July, the Southern Salesian Province (IME) inaugurated "Casa Gio", the new Housing Community for minors in the presence and with the blessing of the Rector Major, Fr Ángel Fernández Artime, accompanied by three General Councilors: the Councilor for the Mediterranean Region, Fr Juan Carlos Pérez Godoy, the Councilor for the Interamerica Region, Fr Hugo Orozco, and the Regional Councilor for Central Europe and North, Fr Roman Jachimowicz. 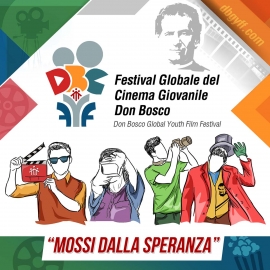 (ANS - Rome) - A worldwide Salesian film festival, a unique project, first of its kind to involve young people globally to create short films on the theme of hope, is indeed a great initiative that fosters youth leadership, creative engagement, artistic sharing and values. This “Don Bosco Global Youth Film Festival” (DBGYFF), is scheduled to take place on 18 and 19 November 2021, in hundreds of locations in 134 countries around the world, in all time zones. 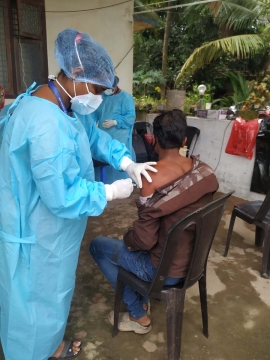 (ANS - Bangalore) - The "Sacred Heart" Salesian Province of India-Bangalore (INK), the Provincial Planning and Development Office (BREADS) and the Youth Commission of the Archdiocese of Bangalore, led by the Salesian, Fr Anil D'Sa, are continuing to work in unity of purpose and with a variety of initiatives to help the population affected by Covid-19 and its consequences. Here is an account of the work done in the last two weeks by the young volunteers under the guidance of Fr D’Sa, as well as the activities carried out by BREADS, directly and through the works of INK.