RMG - Salesians: increasingly convinced of the importance of technology at the service of the mission
Featured 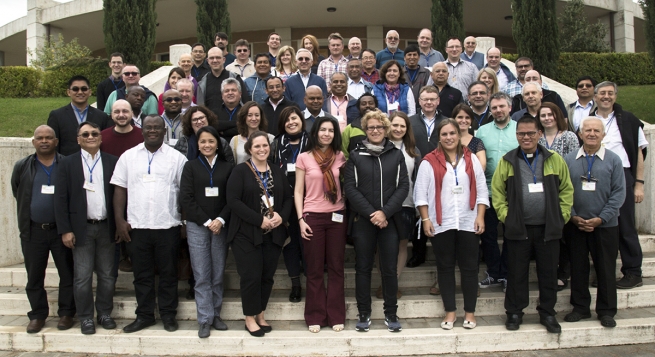 (ANS - Rome) - "Do not be afraid of becoming a citizen of the digital environment." This was the invitation by Pope Francis, spoken on the occasion of his first message for the World Communications Day, in 2014, to motivate the Sector for the Missions of the Salesian Congregation to organize a first seminar on "digital marketing", its theme: "Technology at the service of the mission." An appointment, held during the third week of April, which received comments of satisfaction from many participants.

"The Salesian Missions Offices (organizations collecting funds for Salesian mission worldwide, a/n) have always sought, in traditional forms, the collaboration of benefactors to support the most needy youth. Now, we want to do the same thing, but using the most modern technologies, entering the digital world, also adopting digital marketing techniques to make Don Bosco's name and mission known in the world," explained Fr. George Menamparampil, organizer of the seminar.

"Technology moves the world and moves the hearts of benefactors, to the extent that we are able to make them directly aware of the daily life of our missionaries and of the children and young people in our missions. Technology allows us to make the relationship with our benefactors much closer, to show them the results of our projects, to have direct and timely communications ... We are blessed, in this age!" Such was the enthusiastic comment by Fr Mark Hyde, Responsible for the Salesian Mission Office based in New Rochelle, United States.

"It was a very nice moment to expand one's view of the Congregation and to learn about all the existing initiatives on a global level and to strengthen the Salesian mission in the world. It was very nice to learn, train and practice the technological skills at the service of the mission," added Fr Victor Mora, President of the" Fundación Don Bosco "of Chile.

After five days of work, listening and sharing, Fr Adriano Satura, Coordinator of the Provincial Bursars of the Salesian East Asia-Oceania region summarized the benefits he received from this seminar in three points: "I understood how important it is to be truly immersed in the digital world; I understood that technology offers effective channels for the work of the Mission Offices; and I felt encouraged to develop the Mission Office of the South Philippines."