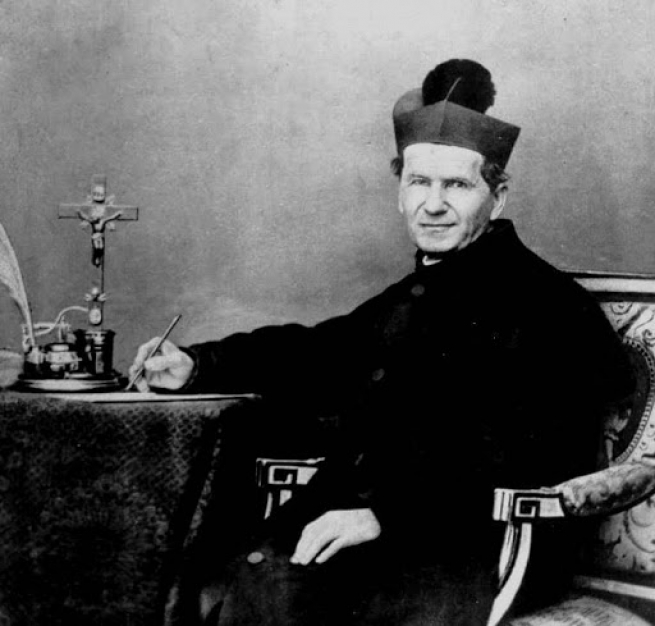 Don Bosco very much appreciated print and the press as a type of apostolate and therefore produced numerous writings, also to make up for the lack of books suitable for young people and the most humble people.

In 1853 he launched the first popular magazine, "Letture Cattoliche - Catholic Readings"; in 1861 he began the first printing press, which published various series of books for youth and in 1877 published the first issue of the Salesian Bulletin.

There are 170 major works, including books and booklets, but the catalog of his writings (between books and brochures) reached the number of 403 titles.

In 1949 Pope Pius XII proclaimed him patron of Catholic publishers.