Towards the solemnity of the Sacred Heart of Jesus: things to know 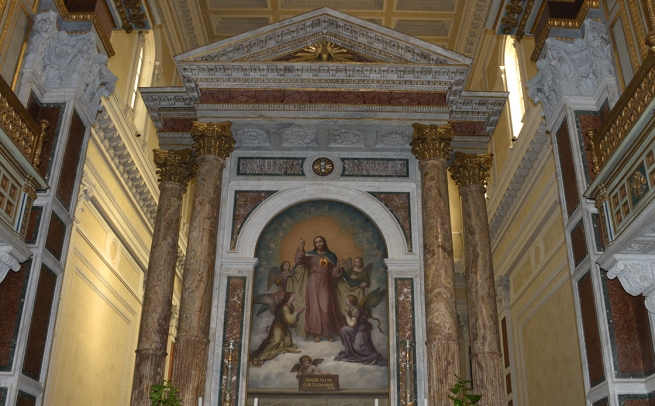 Devotion to the Sacred Heart of Jesus was already practiced in the Middle Ages.

Between 1673 and 1675 Jesus appeared to Marguerite-Marie Alacoque, a French nun of the order of the Visitation (order founded by Saint Francis de Sales).

Jesus asked Marguerite-Marie Alacoque that the Friday after the octave of Corpus Domini be dedicated to a particular feast day to honor his Heart.

The first two ceremonies in honor of the Sacred Heart, with the presence of Marguerite-Marie Alacoque, took place in 1685 and then in June 1686.

In 1856, with Pope Pius IX, the feast day of the Sacred Heart became universal for the whole Catholic Church.

Don Bosco was especially devoted to the Sacred Heart, so much so that, despite his age and impaired health, he accepted Leo XIII's request to build a church in Rome in honor of the Sacred Heart of Jesus.