Towards the 150th anniversary of the Past Pupils: some things to know 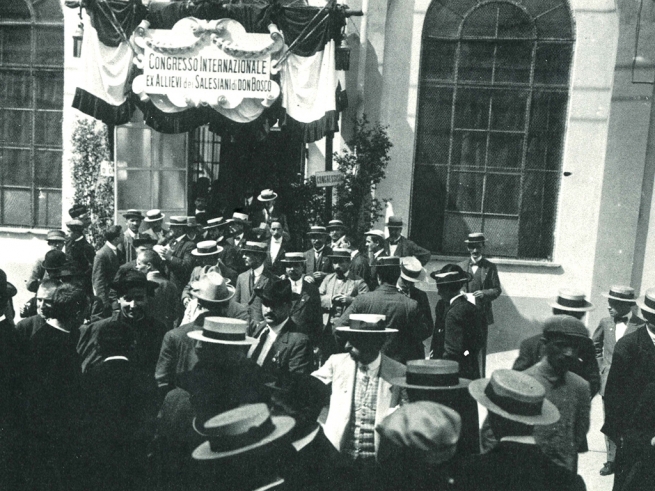 On June 24, 1870, the "Società degli Antichi Allievi del Salesiano Oratorio, ie Society of Antique Students of the Salesian Oratory" was established in Valdocco, from which the Past Pupils Association of Don Bosco later develops.

Carlo Gastini (1833 - 1902) was one of the first young internees to live in the residence of the Oratory.

In 1908, under the impulse of Fr Filippo Rinaldi, the idea of ​​an International Federation of Past Pupils was born.

On September 1, 1911, the idea of ​​erecting a monument to Don Bosco took shape at the International Congress of Past Pupils, attended by people from 22 countries.

The monument that we admire today in Piazza Maria Ausiliatrice, in Turin, was inaugurated 100 years ago, on May 23, 1920.

A significant element is the holiness that has flourished among the Past Pupils. Blessed Alberto Marvelli was, in fact, a Past Pupil. So were the servants of God Nino Petyx and Salvo D’Acquisto, who both received school training in Salesian institutes.