The structure of the Encyclical "Fratelli Tutti" 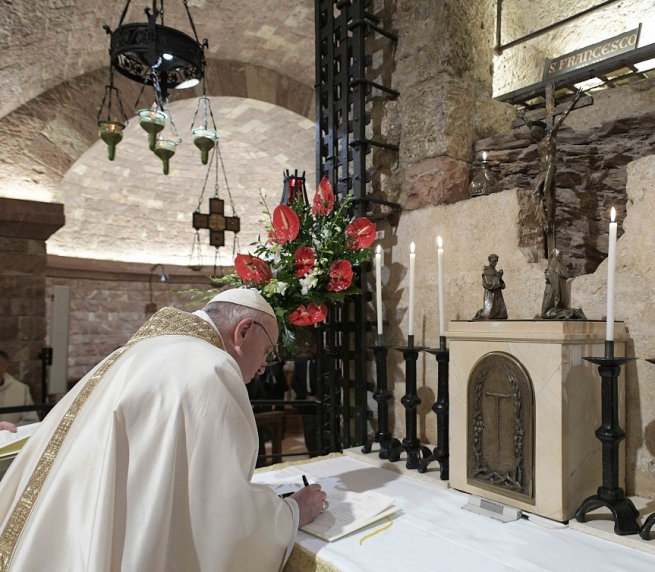 "Fratelli Tutti" is the third encyclical of Pope Francis, after "Lumen Fidei" (2013) and "Laudato sì" (2015). It was signed in Assisi on 3 October 2020.
The title derives from an expression of St. Francis (Admonitions 6, 1), which the Saint used to invite men and women to live a life inspired by the Gospel.

The encyclical is divided into eight chapters:

What is it based on?

Fratelli Tutti joins fraternity and social friendship. This is the core of the text and its meaning. These themes are already found in the “Document on Human Fraternity for World Peace and Living Together”, signed on 4 February 2019, in Abu Dhabi, by Pope Francis and the Grand Imam Aḥmad al-Tayyeb.