March, the month of St. Joseph 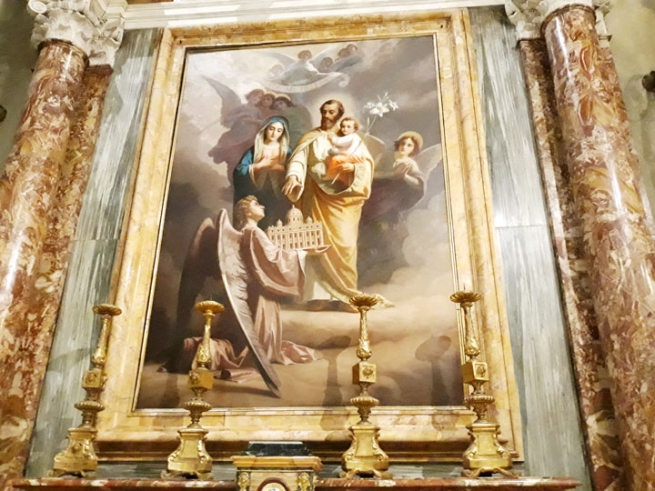 March is traditionally the month dedicated to Saint Joseph, husband of Mary. Let's explore some aspects of the Saint, which can be an inspiration for everyone's life.

St. Joseph, "guardian of the Redeemer"

In the Apostolic Exhortation "Redemptoris Custos", Pope John Paul II writes: “Called to be the guardian of the Redeemer, 'Joseph did as the angel of the Lord commanded him and took his wife.' Inspired by the Gospel, the Fathers of the Church from the earliest centuries stressed that just as St. Joseph took loving care of Mary and gladly dedicated himself to Jesus Christ's upbringing, he likewise watches over and protects Christ's Mystical Body, that is, the Church, of which the Virgin Mary is the exemplar and model.”

The year of St. Joseph

With the Apostolic Letter “Patris corde - The Heart of a Father”, Pope Francis commemorated the 150th anniversary of the declaration of St. Joseph as Patron of the universal Church. For the occasion, a special "Year of St. Joseph" will be held until 8 December 2021.

The Novena to St Joseph is a good opportunity for every Salesian community in the world to rekindle the relationship with this great Saint. In the special year of St. Joseph, the best idea for the Novena is to refer to the Apostolic Letter "Patris Corde", deepening its 7 points: St Joseph as Beloved Father, as Tender and Loving Father, as Obedient Father, as Accepting Father, as Creatively Courageous Father, as Working Father, and as Father in the Shadows.
More details on AustraLasia