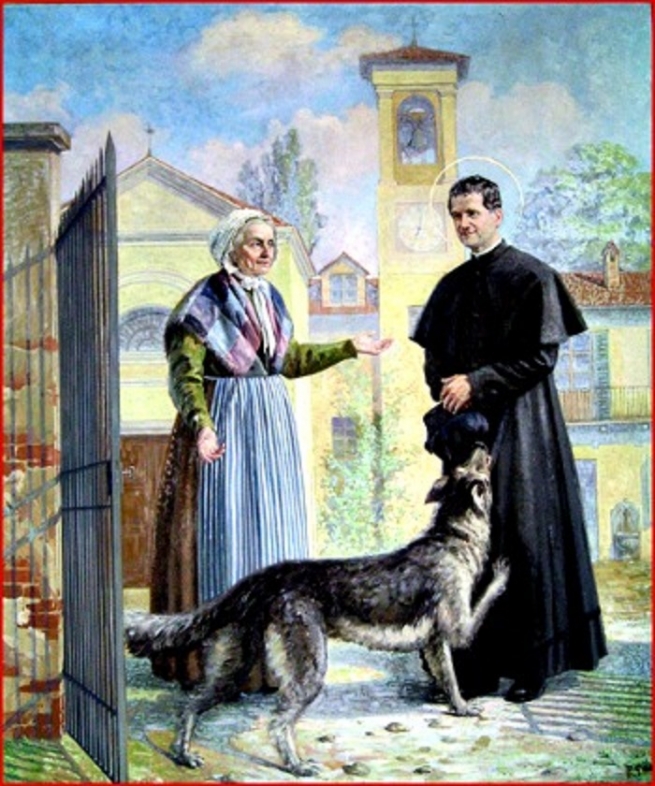 "Gray", èl Gris', in Piedmontese, was a mysterious dog that accompanied St. John Bosco for more than thirty years, protecting him from dangers.

In the 1850s, Don Bosco was the victim of frequent attacks and it was in those years that this dog began to appear, always protecting the Saint of Youth.

Don Bosco wrote that he saw Gray for the last time in 1866, then he mysteriously disappeared.

Don Bosco was asked several times for his opinion on the nature of that animal and he once replied: "To say that it is an angel would make us smile, but we cannot even say that it is a common dog."

Some nuns also said they were protected by "Gray". In particular it appeared:

- in 1893 while two Salesian sisters were returning from Assisi to Cannara;
- in 1930 in Barranquilla, Colombia, while the Daughters of Mary Help of Christians were building their school;
- between 1898 and 1900 in France, in Navarre, while some nuns went to the quest for chestnuts.