Workshops opened in the 1850s 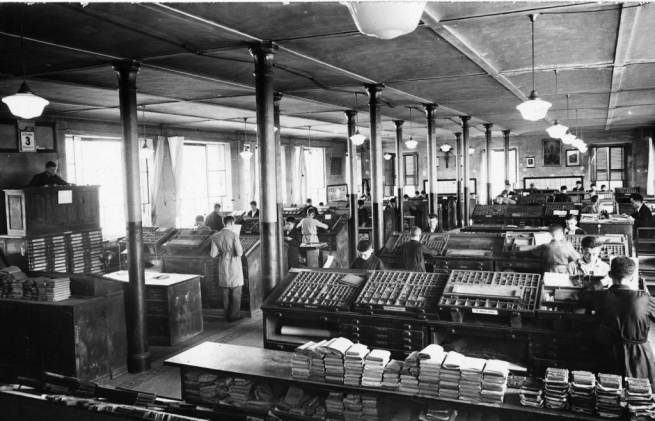 Don Bosco, through his "Salesian workshops," aimed not only to teach a trade, but to foster the social advancement of the students by acquiring a social role. In the decade of 1850 numerous workshops were opened.

In October 1853 the workshop for learning the shoemaker's trade was set up in a small corridor of Pinardi House, near the bell tower of the chapel of St. Francis de Sales. In the same year the tailoring workshop was also opened, in the old kitchen of Casa Pinardi.

In 1854 the third workshop, the bookbinding workshop, was opened. Gradually, a small bookstore grew out of this workshop, which ten years later became an independent business.