Month of the Martyrs in South Korea 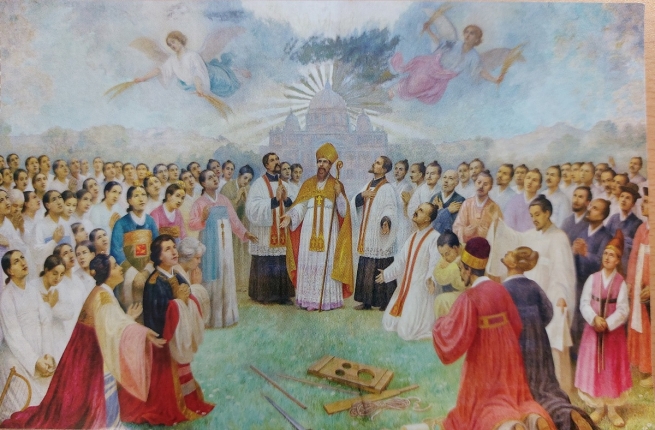 Almost for past 100 years (since the first 75 Korean martyrs beatification in 1925) the Korean Catholic Church celebrates the 'Month of the Martyrs' and on September 20 is celebrated the Solemnity of St Andrew Kim Tae-gon and companions (103 Saint Martyrs).

Over the past 50 years, the Korean Catholic Church - which currently numbers nearly six million faithful - has made an enormous effort to document and deepen the memory of its martyrs. There are also no less than 187 martyrs' shrines, tombs, martyrs' birthplaces, and memorial halls throughout the country.

In September 2013, the Archdiocese of Seoul created a 44.1-kilometer Catholic pilgrimage route to coincide with Pope Francis' visit in 2014, which was then approved as an official world pilgrimage by the Vatican in 2018.

During Martyrs' Month, Korean Catholics commemorate not only the 103 saints canonized in 1984 by St. Pope John Paul II and the 124 blessed beatified in 2014 by Pope Francis, but also the beatification of Venerable Fr. Choi Yang-eob Thomas and 133 martyred Servants of God. Also for the Salesian Family (the Korean Salesian Province KOR is entrusted with the Korean Martyred Saints), it is a time of special thanksgiving, pilgrimages, and sharing the stories of the martyrs.