10 things to know about Mamma Margaret 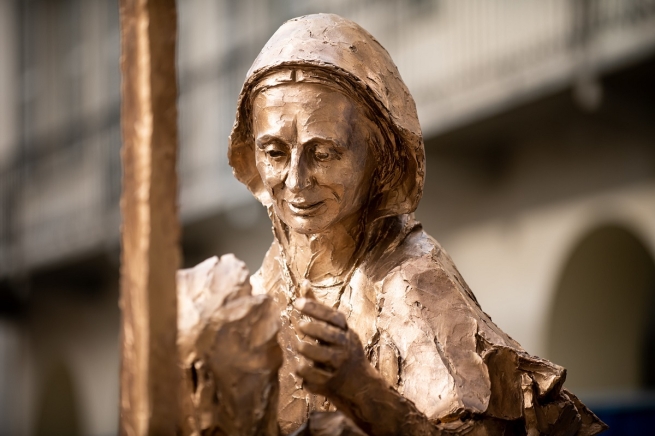 November 25 is the Dies Natalis of Venerable Margherita Occhiena, mother of St. John Bosco, a woman of great faith, humility and wisdom. Here are 10 things to know about her.

Remembrance
On November 25, the Salesian Family celebrates the memory of Margherita Occhiena, mother of Don Bosco, known as "Mamma Margaret."

Love for prayer
Margherita Occhiena was born in Capriglio, in the province of Asti, Italy, in 1788, into a family of farmers. Time and work did not allow her to study, but her love for prayer reflected a wisdom not found in books.

Marriage
She lived with her parents until her marriage to Francesco Bosco in 1812. Together with her husband and children she moved to the Becchi, a hamlet of Castelnuovo d'Asti.

Abnegation
She was soon widowed and had to take care of the house, the upkeep of the family, the education of the children, work in the fields, and her ailing mother-in-law.

Wise educator
She guided the development of her children's abilities with faith and wisdom, helping them grow in generosity and initiative. She accompanied John Bosco to the priesthood and later left home to accompany him on his mission among the poor and abandoned youth of Turin.

An efficient cooperator
In the Valdocco Oratory she marked her presence with that characteristic sense of family still present in Salesian works today. In exercising her role as mother of the orphans of Valdocco, she was her son's most efficient cooperator.

Death
She died in Turin in 1856, at the age of 68, of pneumonia. Many young people accompanied her to the cemetery, where they mourned as one mourns a mother.

Venerable
She was proclaimed venerable by Pope Benedict XVI on November 15, 2006.

"How good God is."
In the 2006 Strenna, common phrases with which she educated her children are quoted: "God sees you," "How good God is," and, to paraphrase, "don’t mess with God."

Holy Mother
Soon after her death a common belief emerged: "she was a saint." Those who began to call her "holy mother" testified that she never abandoned her convictions, her beliefs, her faith.