The Basilica of Mary Help of Christians of Turin-Valdocco: historical notes 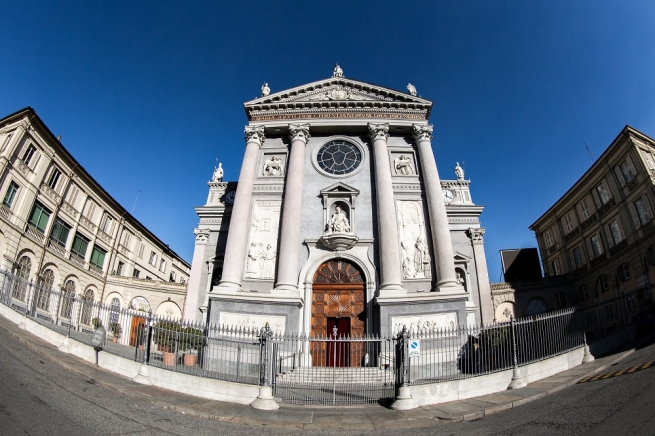 The first stone was laid on 27 April 1865, in the presence of Prince Amedeo di Savoia;
On September 23, 1866 the great dome was finished;
In 1867 the statue of the Madonna was placed at the end of the dome;

The consecration took place on June 9, 1868;
The Church was enlarged between 1935 and 1942 to coincide with the canonization of Don Bosco, whose remains are now housed in a chapel completed in 1938;
It was elevated to the dignity of "minor basilica" on June 28, 1911.