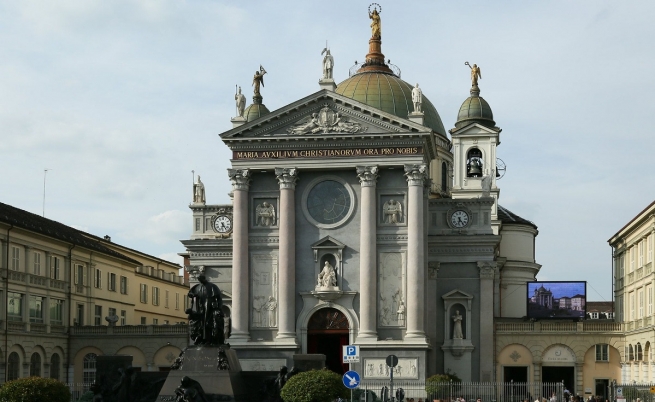 The name basilica derives from the Greek βασιλική (phonetically basilikè), a word meaning "royal" or "regal", an ellipse of the complete expression basilikè oikìa, which means "royal house".

The Pope is the only person who has the power to grant the title of basilica to a temple.

Basilicas can be Major or Minor.
There are only 4 with the rank of "Major" and they are all in Rome: San Pietro in Vaticano, San Giovanni in Laterano, Santa Maria Maggiore and San Paolo fuori le Mura.
The other basilicas have the rank of minor basilica, and there are around 1,500 of them all over the world.

For the Salesians, the Basilica of Mary Help of Christians in Turin is of fundamental importance, inaugurated on 9 June 1868 and raised to the dignity of minor basilica on June 28, 1911.