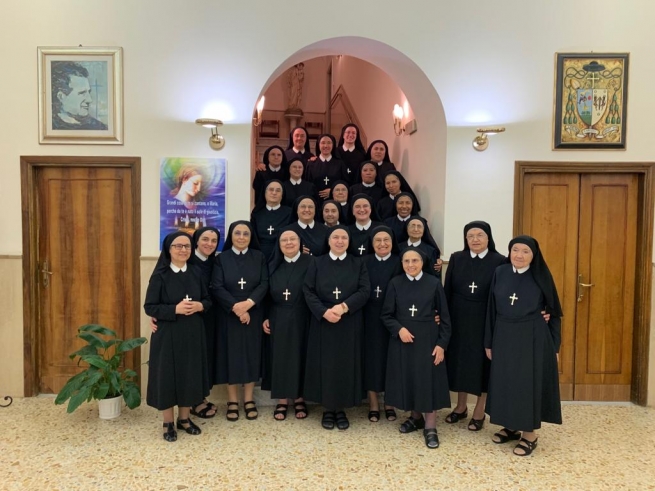 The Salesian Oblates of the Sacred Heart (SOSC) were founded on 8 December 1933 in the very small diocese of Bova, in Calabria.

The founder is Msgr. Giuseppe Cognata, then bishop of that diocese.

In 1935 the novitiate was opened in Bova Marina and on 8 December of the same year the first professions were celebrated.

In July 1952 the novitiate from Bova was transferred to Tivoli and the position of mother teacher passed to Sister Bice Giuseppina Carini.

On June 5, 1959, feast of the Sacred Heart, the pious society of the Salesian Oblates of the Sacred Heart became a religious congregation and in October there was the 1st Chapter in which Sister Bice Giuseppina Carini was elected mother general.

Since 1983, SOSCs have been part of the Salesian Family.

Currently there are about 250 Salesian Oblates of the Sacred Heart in Italy, Malta, Bolivia and Peru.