A look at the statistics of Thailand and Japan 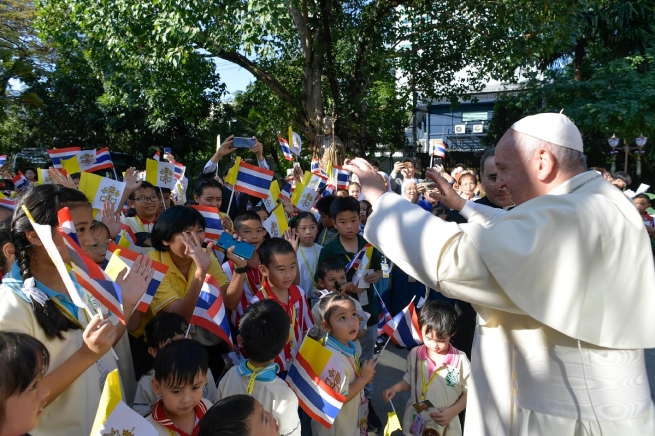 After the Apostolic Journey of the Holy Father to Thailand and Japan, some info regarding the two countries.

In Thailand, out of a population of 68 million, there are 350,000 Catholics.
There are 96 Salesians in the Salesian Province of Thailand: 94 professed and 2 novices. 13, the houses erected.
In Thailand two groups of the Salesian Family were founded:
- The Sisters, Servants of the Immaculate Heart of Mary (founded by Monsignor Gaetano Pasotti, on 7 December 1937, at Bang Nok Khuek);
- The Sisters of the Queenship of Mary Immaculate (founded by Fr Carlo Della Torre on December 3, 1954, in Bangkok), currently divided between the Institute of the Daughters of Mary and the Congregation of the Sisters of the Queenship of Mary.

In Japan, according to statistics from 2018, the Catholic faithful are 444,893, 0.3% of the population.
There are 87 Salesians in the Province of Japan; 86 professed and one novice. There are 14 canonically erected houses.
In Japan the group of the Salesian Family of the Sisters of Charity of Jesus was founded by Fr Antonio Cavoli, in Miyazaki, on 15 August 1937.