A look at the statistics presented by Bro Marco Bay, SDB 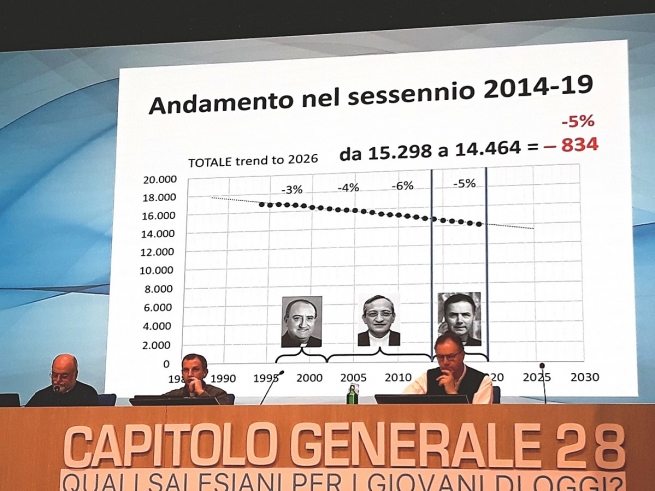 During the work of the GC28, Salesian coadjutor brother Marco Bay, professor at the Salesian Pontifical University of Rome, presented some statistics on the Salesian Congregation.

From 1862 to today, the largest number of confreres has been registered between 1963 and 1967: more than 22,000 Salesians;
Over the past six years, the number of novices has remained almost stable (426 in 2014, 410 in 2019);
The average age of the Salesians in 2019 was 53;
The region with the “oldest” confreres is the Mediterranean (66 years old on average), the youngest region is Africa Madagascar (41 years old on average);
The regions that grow the most and count the youngest are Africa Madagascar, South Asia and East Asia Oceania;
Over the past 25 years, the Congregation has expanded into 20 new countries;
The lay partners (with regular salary) are 90,000 worldwide.