RMG – "The presence of young people has transmitted freshness, vitality, joy": the reflection of the Rector Major 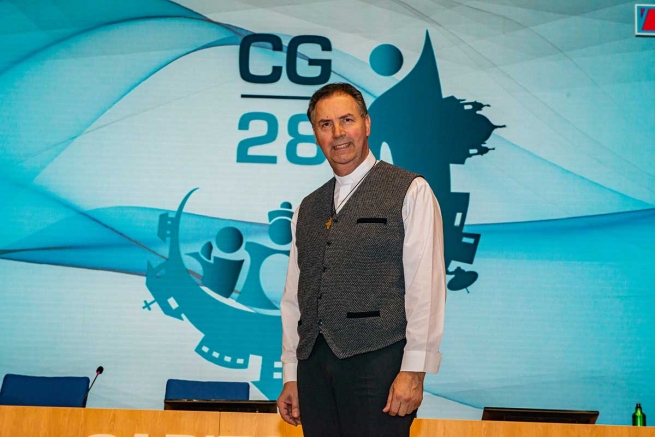 (ANS - Rome) - The spread of Coronavirus also had an impact on CG28, which was interrupted earlier than expected. Despite this difficulty, it was still possible to consult the young people, who brought their significant contribution to the Chapter. The Rector Major, Fr Ángel Fernández Artime, spoke about it as part of the interview with the weekly Alfa y Omega.

What was the part of the three-week program of the Chapter that you were unable to carry out?

First of all, it should be remembered that we had to conclude - and not just interrupt - the General Chapter three weeks earlier because of the Coronavirus (Covid-19), and in obedience to the norms issued by the Italian government. As we had the sensation that, due to the health emergency, there would be the possibility of the Chapter being interrupting, it was decided to bring forward the discernment for the election of the Rector Major and the entire General Council by a week. This process took place during the fourth week, at the end of which the return of the confreres to their countries of origin began; and not without difficulty. In fact, 46 chapter members are still in Valdocco today because they have not been able to return to their respective countries.

Still to be completed are the part of the work inherent in the discussion in the assembly of the different proposals studied within the commissions and the vote on the final document, which emerged from the reflection of the previous three weeks. This was not possible and thus we do not have a final document approved by the chapter assembly, but extensive reflections and deliberations that the Rector Major with his Council will have to take on as a project of animation and government and which will have to be transmitted to the whole Salesian world, as soon as the General Council can meet for the first time.

Yes, it's true. I must say that - also considering the interest of readers - it was a Salesian General Chapter in which, in the two years of preparation that preceded it, two important and significant consultations were held. One with reference to the formation of young Salesians. And in it, we gave the floor to 3,670 young Salesians, who are in their first years of religious profession. They told us many extremely interesting things about how young people appear and what they think (certainly young consecrated Salesians, but young people like their peers).

The other consultations concerned young people from the thousands of Salesian presences in the world. And finally, we had a group of young people from five continents who shared a whole week with us in Valdocco.

Their presence has transmitted freshness, vitality, joy. And they were very convincing and clear in their message. They told us that they love us, that they love the Salesians and that they want us by their side on the journey of life. They asked us to accompany them in the years when they need us most. They told us to let them love us. They asked us to be friends, their brothers and always fathers because, however strong they were, "many young people in the world experience the absence of fathers. We miss the experience of paternity." And finally, much moved emotionally in many moments, they said to us: "Above all, we need you to show us and say a thousand times more that God loves us."