Uruguay – Juan Pablo Reyes, young man at GC28: "Young people will not consider Salesian life if they see that the function is only to manage a work" 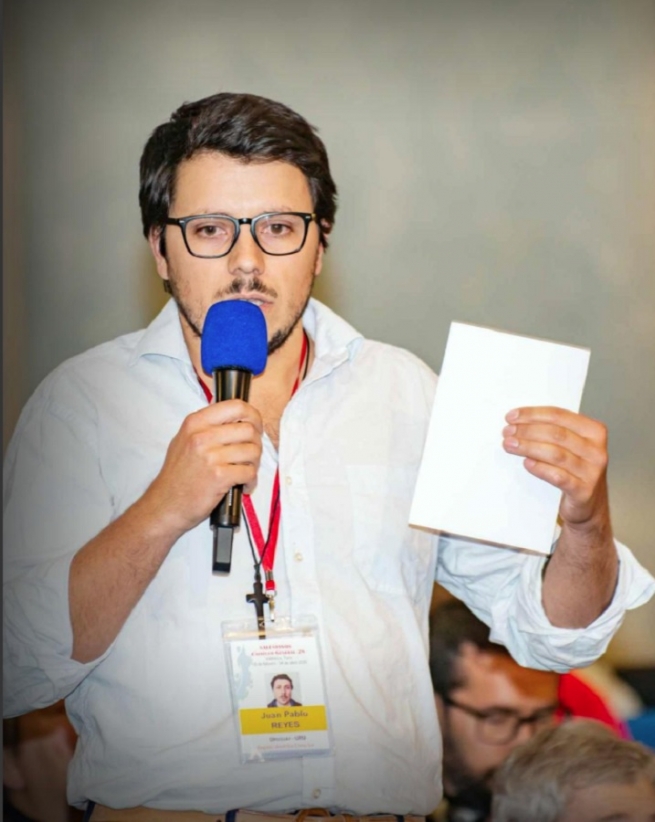 (ANS - Montevideo) - Juan Pablo Reyes has experienced two quarantines and a series of extraordinary events. It began with his participation in the 28th General Chapter (GC28) of the Salesians of Don Bosco in Turin. He continued on in France, towards Taizé. But what should have been a profound experience of volunteering first became a quarantine and then a time of uncertainty and endless waiting at the airports.

Confirmation of his participation in the GC28 as a representative of the young people of South Cone America reached him at the end of last year. "It was a great honor for me," he says. He arrived in Turin on 28 February and met the other young people who came to represent their respective regions. Despite the linguistic distance, issues such as accompanying young people and gender issues emerged from everyone.

What did you bring to GC28?

First of all, not to be afraid of the family conformations that are presented today. The perfect family no longer exists, it is a story that we continue to cultivate and that does a lot of damage. Secondly, the role of women in the Church. Then, the gender issues: let's say "homosexual" and it seems that we are talking about something prohibited. Lay people and Salesians are not engaging in this. Fourthly, the question of accompaniment and being among young people: the Salesian loves the role of management and finds it increasingly difficult to go out into the courtyard or playground. Fifth, and this is directly related to priestly vocations. Young people will not take Salesian life into consideration if they see that the function is only that of managing a school or social work.

Young people shared their testimonials, what did they talk about?

There, we opened our hearts, we felt like one family. We talked about why we believe that the best thing that has happened to us in life is to be 'Salesians'. Meeting the Salesians changed our lives and from that moment on we demanded that they be among us.

How did you experience the closure of a Chapter and what happened next?

On the last day of the young people's presence at GC28, the alarm for Covid-19 in Italy was already serious. I left for France, but arrived in Taizé and was confined for three days, until news came that the community would be closed and my volunteering project in there vanished. On the morning of March 17th, I managed to catch a flight to Lisbon, but I was stuck there for 39 hours ... I arrived in Uruguay on March 19th, wearing a mask and hopelessly sentenced to a second quarantine for arriving from an area in risk.

I don't know if it is God who puts all these experiences on your way. Life is life and things happen to you. The point is to find God in them.