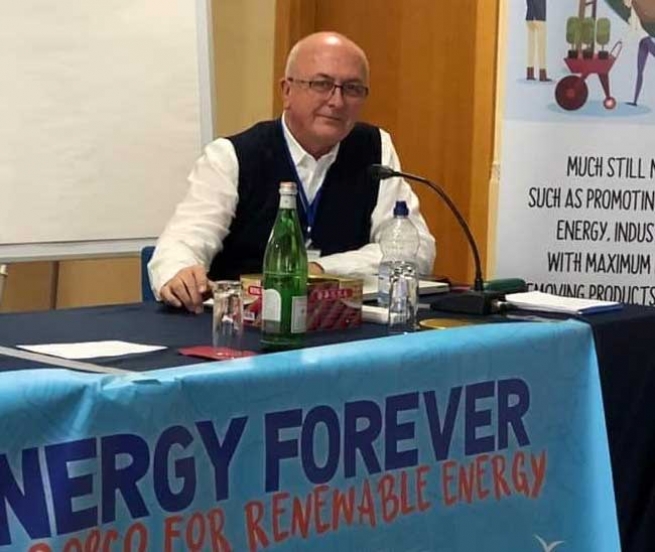 (ANS - Rome) - The "Laudato Sì Week" will take place until next Sunday, May 24, a special week that commemorates the fifth anniversary of Laudato Sì, the second Encyclical of Pope Francis, signed on May 24, 2015. To talk to us about this week, much wanted to deepen the theme of integral ecology, is Bro. Jean Paul Muller, SDB, the Economer General of the Salesian Congregation.

What are the expectations for this special week dedicated to the Encyclical Laudato Sì?

Laudato Sì was signed five years ago and I'm very happy that this initiative was launched, so as to not forget the importance of this Encyclical. I hope it will be an opportunity for the Salesians to better understand the message that Pope Francis has entrusted to Laudato Sì. In fact, while young people, especially the youths of the "Don Bosco Green Alliance", have fully grasped its teaching, the Salesians must do more, because the contents of this Encyclical that have actually been transformed into practical actions in our houses are few.

What role will the "Don Bosco Green Alliance" play in Laudato Sì Week?

As I see it, Laudato Sì is like a light indicating the exit from a dark tunnel, which tells us "if you take this direction, you will eliminate many problems in the world". That's it, the "Don Bosco Green Alliance" has understood what is the way, the path to take, to change the world, to give a future to the young and the next generations. We can have all the resources and all the money possible, but if we do not implement a radical change, we will continue to live with the usual problems that afflict our planet, such as climate change, pollution or drought, which continue to generate suffering and poverty.

During this pandemic, is Laudato Sì a model to look to in order to create a more just and sustainable world?

Certainly. Laudato Sì must be an inspiration and must also be so in the future, because Coronavirus will end, but other problems shall remain, other diseases, such as Kawasaki disease that now affects many children. And then there is the economic aspect. Because of the pandemic, many people have really lost everything and there is a risk that some may take advantage of the growing poverty and that they increase injustices towards those who are most vulnerable. Laudato Sì tells us precisely that we must fight these iniquities and injustices.

So what is the message that emerges from the Encyclical?

Laudato Sì does not limit itself to wanting to build zero-emission houses. This is important for the environment, of course, but the main message is: "We must fight injustice, we must do a lot for human rights and to enforce the rights of young people."