RMG – Not dropped from above, but made in synodality. Fr Attard and project for ongoing Salesian and lay formation in Europe 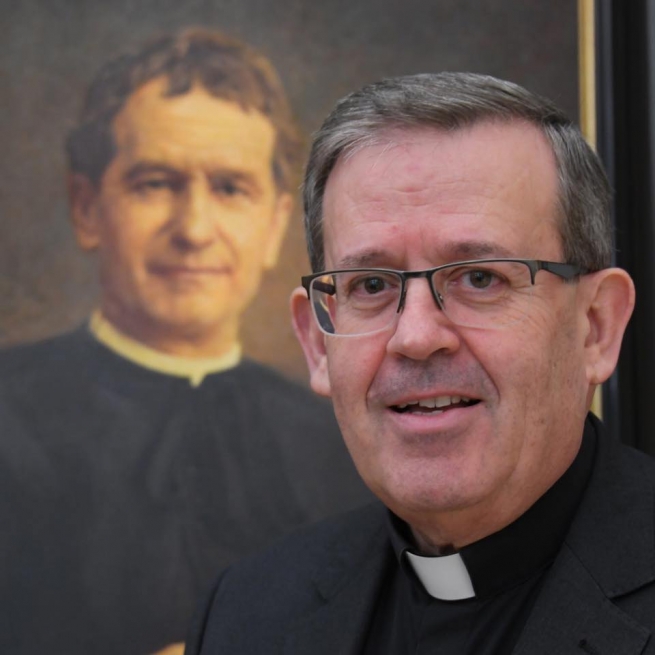 (ANS - Rome) - "It's a frontier that needs a lot of reflection, a lot of prayer and also a commitment to study the existing opportunities well, to offer proposals that meet the needs of those who ask to be accompanied and trained". This is how Fr Fabio Attard, General Councilor for Youth Ministry for 12 years, frames the new task entrusted to him - one previously non-existent: Director for the ongoing formation of Salesians and lay people in Europe.

How did this assignment start?

It's necessary to go back to the journey made by the Congregation in the last 20-25 years, starting from the 24th General Chapter, with the theme "Salesians and Lay People". Then in 2004 the then Rector Major, Fr Pascual Chávez, invited to rethink the Salesian mission in an increasingly shared way with the laity. And especially in the last two years, the theme has been better and better deepened, also because one of the thematic nuclei of the 27th General Chapter was "shared mission".

What will your future job consist of?

Let's start from a given: we're not starting from scratch. In many European Provinces there are already excellent pedagogical, pastoral, charismatic and Salesian spirituality courses. The idea is to enhance the already existing systematic and structured paths. In almost all Provinces, then, there are occasional courses, which will surely be further articulated.

A second step will be to implement a continental proposal to strengthen this formation: to train Salesians and lay people who can then make their contribution in local formation courses.

Currently, I'm mainly engaged in the collection and sharing of resources already available, as well as expectations.

We want to produce a strategic and operational project to be discussed with the Provinces and with those who have already participated in the reflection in recent years. Following the principle of synodality, we do not want a project brought down from above, but a project that presupposes all the progress made and that is the expression of all those involved.

What is the scope of the project?

Only on a first level, we find about twenty-five thousand lay people directly involved in our Salesian works. Then there are the thousands of young people involved in the Salesian Youth Movement (SYM), many of whom come from the Provinces who've already had training courses with a certain tradition. Furthermore, there is the flourishing field of the Salesian Missionary Volunteer Service and all those volunteers who are pastorally engaged in our works. Finally, the immense field of lay people of the Salesian Family also falls within this area.

What do you carry along with you after 12 years as General Councilor?

First of all, gratitude to those involved in youth ministry. Secondly, I feel much richer today, because in recent years we have lived the method of discernment, so dear to Pope Francis and which is proper to our founder, Don Bosco. And, above all, I bring the desire of the laity to be formed in the charism and the thirst of young people to find adult educators of import to help them discover the meaning of life.