Uruguay – Is it possible to do a mission in times of confinement? 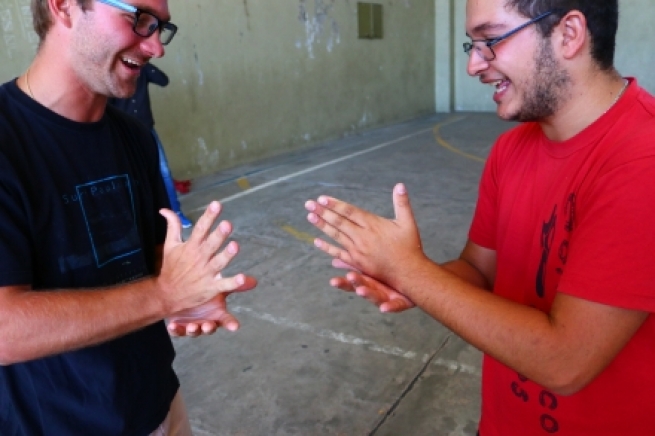 (ANS - Montevideo) - Juan Martín Ferreira, a young 21-year-old, is in the second year of the Degree course in Social Communication, animates the Sambartolo Oratory and the associative groups of the Pio IX Institute, is a member of the Salesian Youth Movement of Villa Colón, why he worked on the organization of an Easter mission. Here is how he talks about the challenges he faced in pandemic times and the resonance this particular mission has had.

How did the initiative to carry out a mission during Holy Week come about?

The mission was organized by the Salesian Youth Movement of Villa Colón which animates the entire movement of the Work, whether they are oratories, associative groups, catechesis or groups of animators. We are about 9 people who are part of it. For three years we had been doing missions during Holy Week, but this year has been different.

How was the online mission conceived?

When we learned of the first cases of coronavirus in Uruguay and the Episcopal Conference of Uruguay decided not to celebrate Masses with the faithful, the scenario we faced was new in every sense. We had to think about how to make and transmit the different celebrations that take place during Holy Week. For the mission, in particular, we thought of four moments of the day: morning prayer; at 2.30 pm a time for reflection; at 17.30, in the 15 communities already established, a time to share the resonances of the day. Finally, in the evening, the Eucharistic celebration transmitted from the Shrine.

At the beginning we thought about the mission only for the people of Villa Colón, but as it spread, people from other works began writing to us asking us to participate and it was very positive. Almost 100 people from different communities of the Country participated.

How were you able to fulfill the apostolate in the circumstances we have experienced?

When we talk about the apostolate, in general we think of going out, of driving for kilometers, of living experiences with people who do not even know each other and the reality that has been presented to us required a good dose of creativity to actually accomplish the mission. The proposals for the apostolate were therefore consistent with the possibilities we had, and they were concrete and precise. Some were aimed at carrying out activities inside our homes, others at keeping in mind our healthcare personnel in our prayers, especially of the Spanish hospitals. Each of us was given a name and we lived through the apostolate praying for that person.

What feedback did you receive from the participants?

In general, the feedback was positive, those who participated found it useful. With my community we agreed that this modality has helped us to deepen and be more aware of what Jesus lived. It is true that we stopped being together physically, but on the other hand we acquired a depth and breadth in the experience we have had to live.