Spain – Bishop who distance-manages his diocese in Congo due to Covid-19: "Mission is a common task of the Church" 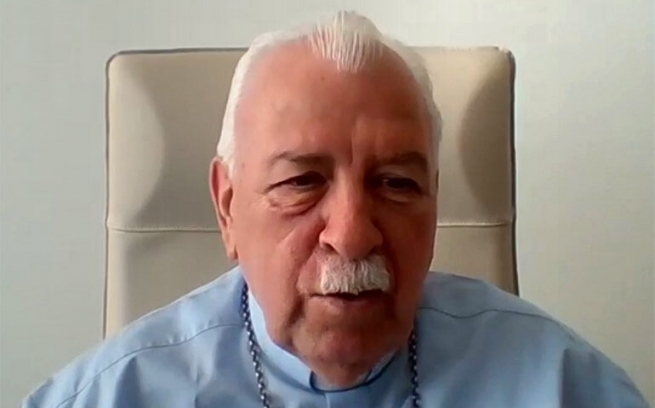 (ANS - Madrid) - Mgr Miguel Ángel Olaverri, Salesian, archbishop of Pointe-Noire (Republic of the Congo) was caught out by the closure of the borders while he was in Paris. He has not yet been able to return to his archdiocese, but he was able to return to Spain, where he is from originally, and where he presented the 2019 Activity Report of the Pontifical Mission Societies. He emphasizes that mission is "a common task of the Church", why the flock of faithful entrusted to him also contributes, despite its poverty, to the needs of the universal Church. Last year their contribution was 10,000 euros.

The Salesian archbishop has had to manage his archdiocese throughout the pandemic from abroad. It is a time he has lived "with much pain." Surprised in France by the border closure, he has only recently managed to enter Spain, while the African nation that has become his home still has closed borders.

Thanks to the Internet and WhatsApp, "I was able to keep in touch with my Vicar General, with my Secretary and the Economer every day," he explained in an interview granted to Alfa y Omega. And he kept in touch with his faithful, thanks to two talks a week on Radio Maria, which "was a very important means of communication, and the only one, during lockdown."

On Monday, July 6, Mons. Olaverri attended the press conference for the presentation of the Report of the 2019 Activity Report of the Pontifical Mission Societies (POM). In 2019, Pointe-Noire received 45,000 euros from the PMS for the diocesan administration, the construction of rooms for catechism or houses for the clergy, the establishment of new parishes in the forests or in the peripheral neighborhoods, the support to the convents of recent creation and training of catechists. The latter item concerns in particular the 200 catechists in the rural areas of the diocese, since "it is much more difficult to maintain contact with them". The 700 in the urban area can, in fact, be supported by their parishes.

With the contribution of the PMS, "several training sessions are organized every year, and the catechists are offered the trip," explains the archbishop. They are also offered materials such as a new edition of the New Testament in the Kituba language; and, finally, "whoever spends time visiting the villages on foot is helped and supported."

In addition to these ordinary interventions, the Salesian bishop has asked for further help to be able to accompany three extremely isolated religious communities and who, in addition to going through their own great difficulties, are working to serve the population with food and medicine.

But the archbishop stresses that this aid is not one-way, from Europe to Africa and other less developed areas. "Last year we contributed 10,000 Euros to the PMS fund. We try to make people aware that mission is a common task of the Church."