Vietnam – New Councilor for East Asia-Ocenia: "to serve the poorer, respond to urgent needs of poor young people is my dream and challenge" 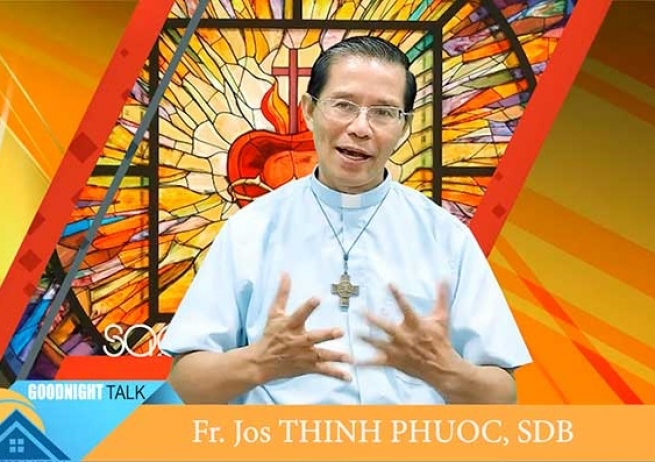 (ANS - Ho Chi Minh City) - He did not participate in the 28th General Chapter and due to the Covid-19 restrictions, he still resides in Vietnam. But as regards his new position Fr Joseph Nguyen Thinh Phuoc, the new Councilor for the East Asia-Oceania region, has very clear ideas. And today he illustrates them to us.

What prompted you to become a Salesian?

Since my boyhood, I have been inclined to become a member of an education religious congregation like that of the Christian Brothers of St. J.B. de La Salle. By God’s Providence, through a friend of my father, I was introduced to a Salesian who helped to enrol me in the Salesian aspirantate. The wonderful experiences of living with the missionaries and the first generation of Salesian fathers and brothers who wonderfully created the family spirit in the aspirantate were conducive to my application to become Salesian as the only way to respond to God’s call.

You were elected outside the GC28. How did you take the news of the election? What were your projects instead?

As GC28 was taking place, I was psychologically planning to come to Rome for services in the Sector of Missions. When the EAO provincials and superiors proposed my name as a candidate for the election, I initially declined their proposal because I knew very well my limitation. Yet, after a very short moment, with their insistence and my already assignment to work in the Sector in Rome, I believed that it was the will of God and Don Bosco. As a son of Don Bosco, I replied with my Yes to God and to the confreres and asked for our blessed Mother’s help.

In these first weeks, marked by the Covid-19 restrictions, what have you been able to see, know and learn about the new assignment? What do you expect for the future?

Don Vaclav Klement (2001-2007; 2014-2020 EAO Regional) was very supportive to my new assignment. He left a great treasure of documents/material related to the EAO Region that I could study with his daily accompaniment for the first few weeks. At the same time, corrispondence with provincials and superiors brought me closer to their realities.

Those are at the cognitive level with online communication, a very efficient means for today. I am expected to know the Region better through real encounters with the confreres after the Pandemic is over.

Six years from now, what do you dream of for your Region?

The GC28 delineates some guidelines for the next six years. I take them as my own dream for the Region: