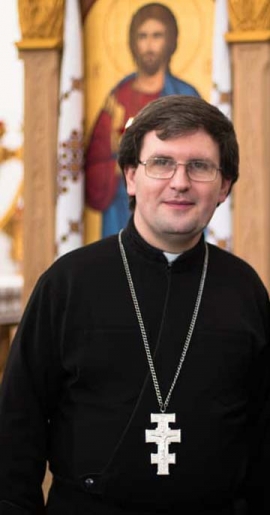 (ANS - Kiev) - The Ukrainian population continues to be crushed by the economic crisis, by the lack of food and now also by the coronavirus pandemic, always keeping in mind the repercussions of the ongoing conflict in the east of the country. From 25% to 45% of citizens are no longer able to provide for their own humanitarian needs; to respond to this dramatic situation, the Greek-Catholic Church has launched the "Feed the poor" initiative. The Salesian Fr Maksym Ryabukha, Vicar of the Ukrainian Vice Province (UKR) and Director of the Salesian House in Kiev, talks about the initiative of the Church and the social context.

"This campaign was born to give continuity to the Holy Father's thought and also to give answers to the challenges we face today," the Salesian begins.

The social situation that the Synod highlighted is extremely serious. There is talk that 8 out of 10 pensioners live below the poverty line and feared that most of the inhabitants are just barely surviving ... "Not only 8 out of 10 pensioners, but a quarter of the population of Ukraine, according to government statistics, is now below the poverty line.”

Considering all the difficulties that people are experiencing, how do you think citizens can contribute? Who is the campaign aimed at?

First of all, to all the parishes of the Greek-Catholic Church, because being the initiative of His Beatitude Sviatoslav Shevchuk, Major Archbishop of the Ukrainian Greek-Catholic Church, he can act directly on this part of the people. However, it is also addressed to all people of goodwill and I can also testify that, on November 15 last year, people who do not profess to be Greek-Catholics or who even declare themselves believers also contributed to the first collection. They are the friends of the Salesian Work, who, in various ways, know our service, they are the parents of the children, or they are the parents of the school near our Salesian house, with whom we have friendly relations, who, upon hearing this appeal, wanted to participate, knowing that the Church, however, guarantees the arrival of aid to people who are really in need.

It is certainly not the first initiative of the Greek-Catholic Church in favor of the population ...

We must say that the Greek-Catholic Church has always been active in the social field. A lot has been done to sensitize people to pay attention to the poor, with beautiful and interesting initiatives. Even now, social awaeness gives guarantees of help to many people, to all Ukrainian citizens, even if they do not present themselves as faithful. An example is in central Ukraine, but even more so in eastern Ukraine, in areas where there is war, where Caritas ensure support for all people living in this time of difficulty, of great trial.

These are important things: there are really people in need, and it is important to understand that even with a little attention, with our putting the little we can in support of the other, life is guaranteed, goes on, in general.