Italy – Salesians and Covid-19, the Rector Major: "Many of our young people have been heroic in bringing help to the poor" 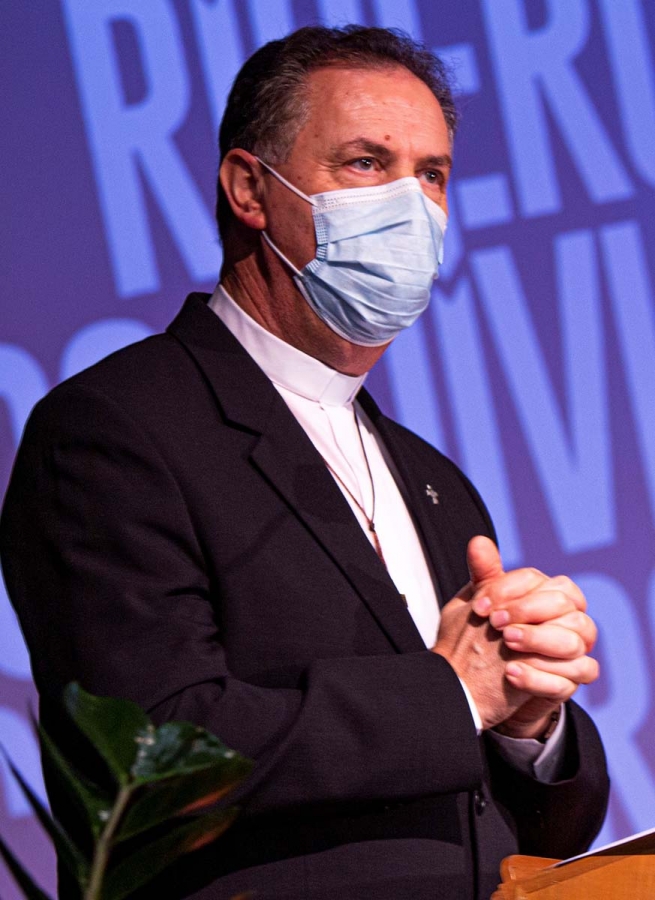 (ANS - Rome) - “We have tried by all means to invite children and young people to be very responsible above all and to follow, as citizens, the indications of the civil and health authorities of each country. In this sense, we have provided, especially to the children of our works, useful pedagogical-educational and didactic indications. When children understand, they are often more attentive than us adults.” Fr Ángel Fernández Artime, Rector Major of the Salesians, analyzes the Salesian response to the pandemic and its consequences, and applauds young people for their commitment - without forgetting the sacrifice of many of his confreres and the challenges still to be overcome.

“There was a lack of preventive action ... Health policy will have to review its safety protocols, making the most of this lesson for the future,” continues the Rector Major.

How are you [as Salesians] carrying out the mission at this time?

These have been difficult months and, in the 134 countries where we are present, we have tried to give an answer according to specific contexts. First of all, we wanted to put into practice the Salesian motto "upright citizens", which was also the rule of life adopted by Don Bosco in the education of children.

Weren't you afraid to be among people?

We did not shut ourselves up in our houses, but, with the help of young volunteers, throughout the Salesian world, we have formed help and sharing groups.

From the very first moment we launched a worldwide Salesian campaign to help those most affected: we were able to reach over 63 nations by sending economic aid offered by so many good and generous people, who are by our side every day.

Unfortunately, it is sadly well-known that the pandemic has not only caused victims, but has also impoverished those who did not have an adequate income. Thus we have also helped the families of many of our students with food and other resources. There has always been a collaboration with local Caritas, institutions and NGOs everywhere. I must also point out the heroism of many of our young people who in the big cities distributed aid on the streets to the homeless and to all kinds of people, to the poorest families.

How many religious have died as a result of the infection?

Unfortunately, we have lost at least about eighty brothers. At first, it was thought that the pandemic only affected the elderly, but we soon realized that Covid-19 strikes everyone. And unfortunately, I believe that these deaths are not over yet. It is one of the aspects of the great pain caused by the pandemic: that of so many deaths in so many families, our religious communities and in dioceses. This is and has been the situation. We try to live it with faith and hope.

In what way have you rethought teaching in schools?

Truth be told, many of our schools, especially the high schools, were already predisposed to distance learning and therefore the transition was somewhat "simple". The problem arose for the poorest children. Here too we have come to their aid by donating tablets and creating video-listening points. All this was made possible with the help of families who already pay a fee.

Unfortunately, private schools cannot be based [and survive] only on families and their managers. In many countries, it is considered a public service, even if performed by a private institution.